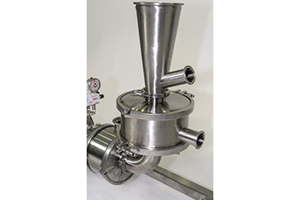 The introduction of powders into a fluid process is one of the most challenging mixing duties you will come across. Incorporating powders directly into a liquid stream, can speed up your process, improve your product quality, while at the same time improve operator safety. 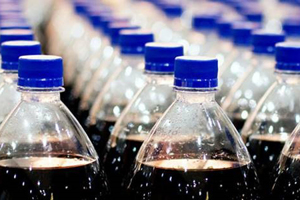 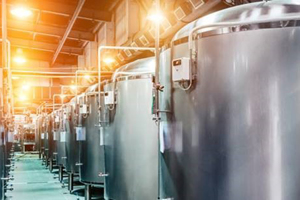 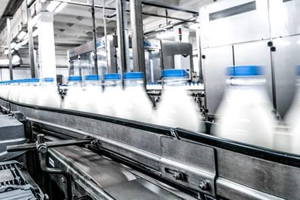 The number of dairy products available in the marketplace has exploded in the past 50 years. Consumers are trying – and buying – new, inventive, innovative products that taste good, provide health benefits, are readily available, and can be easily transported. 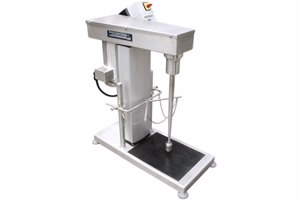 Scott Turbon® Laboratory Mixers are designed small scale production and pilot-plant use. These mixers are ideal for testing prior to large scale manufacturing. 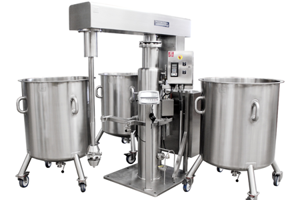 The Hydraulic Ram (HR) Mixers are designed and built for full scale production. Its adjustable mixer height allows for a variety of batch sizes and viscosities.

Industrial food mixing usually refers to the process of combining two or more separate components to produce a certain level of homogeneity. Mixing is often an interchangeable term with blending. However, where blending is typically a gentler process, mixing can combine ingredients at more aggressive rates to create a homogenous mixture. Most processed foods start with a mixing process to achieve physiognomies that are imperative to the final product like homogeneity, texture, temperature, and structure.

The key objective of industrial food mixing is to have unvarying distribution (homogeneity) in the product. Typically, the homogenization consists of particle size reduction, which is achieved by the action of shearing forces. Homogenization is most-commonly known in the processing of milk.

Different products have different objectives, such as creating a stable emulsion. An emulsion is a product of mixing two immiscible liquids. Common examples in food processing would be creams, soups, sauces, mayonnaise, and margarines.

Industrial food mixing equipment is offered in various styles. The style that your food-making operation needs will be based on many different factors, such as, but not limited to: what is being mixed, desired viscosity, desired particle reduction, batch size, the facility’s available manufacturing space, energy costs, discharging options, cleaning, and sanitation options.

The most-common styles of industrial mixing equipment are: 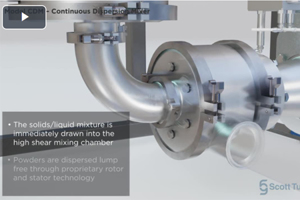 Introducing a Revolutionary system for mixing powder into liquid! The CDM provides continuous processing of powder ingredients into a liquid stream. The resulting material is maximum yield of a uniform lump free dispersion ready for immediate use. The CDM offers an increase in productivity, improves product quality, and a reduction in operator error. 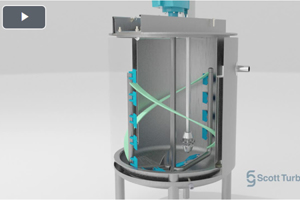 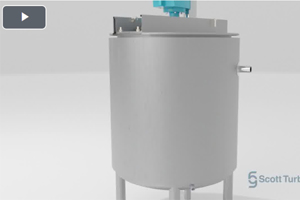 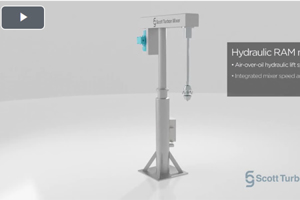 Move mixer from one batch to the next batch in seconds with no downtime, Scott Turbon Mixer Hydraulic Ram.