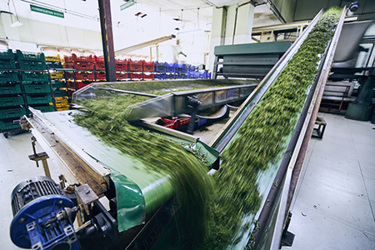 Many production environments have an expectation of cleanliness that exist to protect consumers from the spread of harmful bacteria and disease, or to guard against allergens. Some hygienic environments manage this by keeping areas separated into clean rooms, or by strict control of entry into an area. Other hygienic environments involve aggressive washdown routines using high-pressure rinsing and caustic detergents. Generally, these routines involve rinsing the production environment, cleaning the system to remove soil, rinsing the system down again, sanitizing the system to reduce microbial contaminants to acceptable levels and then rinsing the system off again if the sanitizing agent does not need to remain on the system surface. Food production often involves these harsher cleaning regimens, particularly in the meat and dairy production segments where microbial contamination can have disastrous consequences for consumers.

Cleaning routines require systems and equipment able to stand up to high-pressure washdown and caustic detergents – equipment manufacturers refer to such systems as being washdown capable. This is, however, where the problem comes in. Every manufacturer, however, may have their own definition of what "washdown capable" means – their own sets of priorities based on their own internal risk assessments or based on the particular industries in which they operate. The purpose of this guide is to provide you with the tools to evaluate the washdown capabilities of a given piece of production equipment.