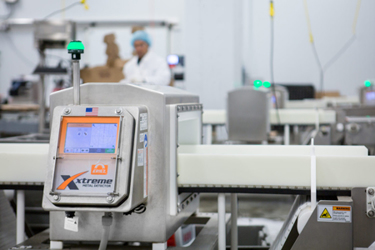 Today’s consumers, together with increased oversight from government agencies, are demanding safer, healthier foods. That demand moves down the chain when retailers and food service providers ask manufacturers to provide verifiable proof that food safety systems are effectively in place.

Nuts ‘N More, based in East Providence, Rhode Island, has taken the initiative to install high level operational procedures and technologically innovative equipment specifically to comply with rigid food safety guidelines. An important part of the company’s quality push is the use of an Eriez Xtreme® Metal Detector Conveyor System, which inspects every jar produced at Nuts ‘N More for metal contamination.

The company gained a sizable following—and a cash infusion—after an appearance on the popular reality television show “Shark Tank,” where entrepreneurs Mark Cuban and Robert Herjavec invested in the fledgling operation.