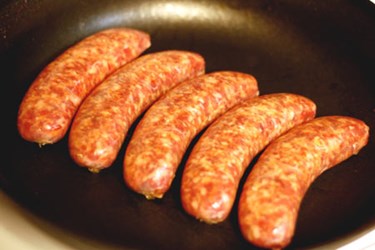 Johnsonville Sausage, North America’s largest fresh sausage manufacturer, initiated a group wide x-ray project in 2003 with several goals in mind. The first goal: to ensure that the meats were inspected with a high level of detection and a low false reject rate (FRR). The second goal: to have the ability to match a rejected product with its specific x-ray image to allow the rework of the rejected product. Finally, Johnsonville wanted to find a product inspection machine that provided the “basics” - reliability, clean-ability and ease of usage.

Johnsonville started the x-ray project with a 6 month long test using a competitor’s product inspection machine. This test process resulted in a higher than normal reject rate that came with the first x-ray scan. When rejected products were x-rayed for a second time the results determined that only 1/3 of the initial rejects were true rejects (contained a contaminant).

Johnsonville’s greatest concern with the competitor’s machine was the large number of false rejects which meant a slower production time and profit loss. The competitor’s machine was also unable to successfully match the reject computer scanned image with the product or container as it was rejected. This was also a concern because Johnsonville wanted the capability of reworking any rejected product.