It's More Than Food Defense 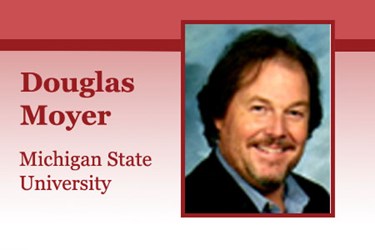 In late 2013, the FDA published its proposed rules to prevent the intentional adulteration of food(1).The announcement of Section 106 was widely covered in trade journals, and to a lesser extent, in the general media due to its focus on food defense and terrorism. Although protecting the public's health from terrorists is of concern, food fraud is another type of intentional adulteration deserving attention.

The Department of Homeland Security was created shortly after the terrorist attacks of 9/11. One of its first priorities was to assess and mitigate terrorism risks including vulnerabilities in the U.S. food supply. This marked the beginning of food defense as a distinctive discipline separate from other traditional disciplines such as food safety and food quality. While food safety scientists were concerned with preventing the finite list of known "bad bugs" (e.g. E. coli, salmonella),food defense experts began brainstorming attack scenarios, assessing and prioritizing threat vulnerabilities, and mitigating public health risks from terrorists using food.

Almost coincidentally, American consumers were being barraged by a series of food safety incidents (e.g. unintentionally contaminated spinach). The deaths and illnesses associated with these highly publicized events demonstrated the public's health was at risk. Public outcry openly questioned the government's ability to protect consumers from food safety incidences. For example, the lack of supply chain transparency inhibited quarantine efforts. Other issues, such as limits to the FDA's authority (e.g. issue recalls), were counterintuitive to alarmed consumers. This led to legislation culminating in the Food Safety Modernization Act (FSMA) of 2011. The legislation specifically aims to create transparency throughout entire food supply chains. The legislation also gives the FDA more authority than it has ever had. Included in the FDA’s new power is the oversight of imported food and food ingredients. All of the FSMA provisions are meant to better protect public health from intentional and unintentional food threats.

What Is Food Fraud?

Food fraud is a collective term used to describe a variety of deliberate and intentional food-related acts including: adulteration, tampering, overrun, theft, diversion, simulation, and counterfeiting(2). Paths of food fraud include food, food ingredients, and food packaging. Also included in food fraud are false or misleading statements made about a product for economic gain. Economically motivated adulteration (EMA) is a commonly used term that is actually a subset of food fraud because adulteration is only one type of fraud(3).

Food fraud and food defense countermeasures are similar in that both seek to prevent intentional food-related acts. They diverge in that food defense primarily concentrates on terrorists who directly threaten public health through food. Whereas food fraud concentrates on perpetrators who are exclusively motivated by their own economic gain. Food fraudsters intend to increase margin and not cause harm. Unfortunately food fraudsters have the unique capability to harm the public due to their schemes and singular focus on economic gain. For example, consider the addition of melamine to protein-based foods.

In 2008, melamine-adulterated infant formula sickened and killed thousands of Chinese victims(4). The scheme of using melamine to artificially increase protein test results was certainly profitable for the perpetrators. Although the scheme fulfilled the fraudsters' primary goal of increasing margin, the killing and sickening of children was not their objective. Unlike terrorists, food fraudsters do not seek notoriety and instead prefer to remain undetected in order to perpetuate their profitable fraud. The unique public health threat of food fraud originates with fraudsters who are not motivated by conscience, regulations, or good manufacturing practices.

Who Are Food Fraudsters?

The diversity of potential food fraudsters complicates the prevention of intentional adulteration. Food defense actually has an advantage compared to food fraud with respect to prevention. Authorities such as the FBI and DHS are familiar with terrorist threat scenarios, even if they never come to fruition. Risk assessment tools such as CARVER + Shock have been adapted to assess risks of attacks on or using food(5). This is consistent with the section 106 focus on ”high consequence” events.

Comparatively, food fraudsters are lesser understood by food scientists and authorities(6). The social sciences that study human behavior, including crime science, are understandably alien to the food industry. The lack of familiarity with perpetrators directly relates to the various types of food fraudsters, including: recreational, occasional, occupational, professional, and ideological(7),(8). For example, it should not be assumed that food safety or food defense experts have an innate awareness or understanding of occupational food fraudsters (i.e. organized crime). Beyond the lack of familiarity with potential fraudsters, preventing intentional adulteration is further complicated by other situations.

Megatrends such as globalization, urbanization, and population growth have all contributed to longer and more redundant food supply chains. Given that the lack of supply chain transparency was one of the issues that necessitated the FSMA, evolved global supply chains will all require expanded oversight to prevent food fraud. This is evident by both government and industry organizations that have already recognized food fraud as a public health threat.

The European Parliament drafted food fraud legislation in the aftermath of the 2013 European horse meat scandal(9). The British government has contracted for a report on recommendations regarding how they should address food fraud. Industry associations are also working toward the prevention of food fraud. For example, the Global Food Safety Initiative (GFSI) has a food fraud think tank. This diverse group composed of food industry representatives and academia, works to bring food fraud prevention in line with existing preventative control systems such as Hazard Analysis and Critical Control Points (HACCP).

3 Note: Neither food fraud or EMA has been fully defined or adopted by the FDA although the FDA has a workgroup on EMA that covers all FDA-regulated products including food

4 Note: This notorious food fraud incident was preceded by the 2007 melamine adulteration of pet food that sickened and killed an indeterminate number of domestic pets.

8 Note: Threats from ideological perpetrators (i.e. terrorists) are the domain of the DHS, but their fund-raising schemes can include food fraud.