Food Traceability Practices: The US, Canada, And Japan All Trail The EU 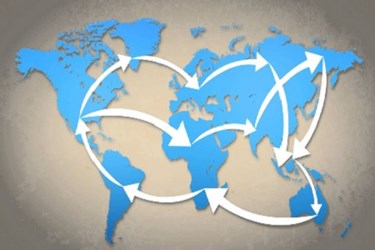 According to a new report, countries of the European Union and European Free Trade Association are the only ones in the world with “Superior” food traceability practices

The latest edition of Comprehensive Reviews in Food Science and Food Safety, a peer-reviewed monthly journal, highlights food traceability practices across the globe. According to the issue, the European Union (E.U.) and European Free Trade Association (EFTA) nations of Austria, Belgium, Denmark, Finland, France, Germany, Ireland, Italy, Norway, The Netherlands, Sweden, and Switzerland all rank “superior” in the practices. Coming in with overall “Average” scores were Australia, Brazil, Canada, Japan, New Zealand, and the United States. Despite recent efforts to improve food safety, China scored an overall ranking of “Poor,” and Russia did not receive a ranking due to insufficient data.

The full report and overall ranking can be viewed here. Below are highlights of traceability systems of some counties in the report, from superior to poor.

EU/EFTA Countries — Receiving a superior rating, these countries’ regulations address traceability across a large spectrum of foods, both domestically and imported foods. Because of the adoption of EU laws, these countries are viewed as frontrunners in global food traceability

Canada — Receiving an average rating, Canada’s traceability requirements are being made stronger through livestock identification practices. Despite these efforts, a national food traceability system beyond livestock has yet to take shape.

Japan — Receiving an average rating, the country’s beef labeling law only applies to domestic products, not imports. However, the government of Japan is adopting new traceability rules on rice and other food commodities, putting the country on the rise in food traceability practices

The United States — FSMA is expected to significantly improve food traceability requirements for the U.S., but creating these regulations is still in the development phase. Identification and labeling requirements for packaged foods are high, but the U.S. is one of the only major producers of beer that does not have a livestock identification or traceability system. Because of this, the U.S. received and average rating.

The Reality Of FSMA: Is Your Business Prepared?

Australia, Brazil, and New Zealand — All three nations have robust livestock identification and traceability programs, but are lacking in traceability requirements for imported foods. Because of this, these three nations all received an average rating

China — Food traceability in China is highly unregulated, but a traceability system is being developed and new laws have been announced for the system. Effort might get you an A in some places, but traceability systems want results. Because the practices are underdeveloped, China received and overall score of poor

According to one of the report’s authors, Brian Sterling, managing director of the Global Food Traceability Center, “The complexity of following food through a global supply chain makes the process of traceability slow and inefficient in times of crisis. This is why it’s imperative that traceability requirements and regulations be harmonized across the globe. Industry and regulators need to minimize the potential for misunderstanding and delays due to difficulties in understanding each country’s practices. Harmonizing requirements has been shown to mitigate unnecessary costs of compliance.”