Food And Water Watch Vs. The USDA's "Filthy Chicken Rule" 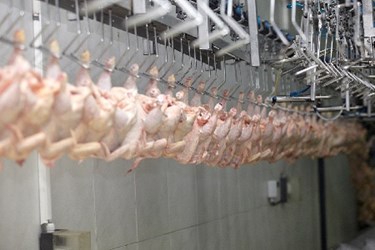 Food and Water Watch (FWW), a consumer advocacy group, is suing the USDA in Federal court. Calling the USDA’s Modernization of Poultry Inspection rule the “Filthy Chicken Rule,” the group claims it would privatize poultry inspections with fewer USDA inspectors on the line.

In March, Wenonah Hauter, the group’s Executive Director drafted a contemptuous letter to Secretary of Agriculture, Tom Vilsack, smack dab in the middle of the Foster Farms debacle. The FWW website suggests the number of USDA inspectors would be decreased, these positions replaced with “untrained company employees,” as well as increasing line speeds. The increase in line speeds from 140 birds a minute to 175 a minute seems to stick in the craw of FWW as well. This particular action has been under much scrutiny due to its apparent goal of increasing company profits.

In its suit, FWW alleges the new inspection system violates the 1957 Poultry Products Inspection Act (PPIA). This act gave, and still gives, the USDA the authority to protect the health and welfare of U.S. consumers by ensuring the wholesomeness and safety of raw chicken products. Specifically, the act addresses proper marking, labeling, packaging, and the assurance of unadulterated chicken reaching consumer tables.

The USDA has defended its actions by pointing to the necessary increase in production and processing changes that have occurred since the 1950s. Almost 50 years after this act was created, the USDA instituted a pilot program in 20 chicken and turkey plants as a means to investigate the opportunity for sorely needed change. Called the Hazard Analysis and Critical Control Point (HACCP)-Based Inspection Models Project (HIMP), 15 years of research has gone into changing a “visually-based” inspection system, to one based more upon microbiology. Salmonella and Compylobacter, after all, cannot be seen with the naked eye.

To put it concisely, PPIA concentrated on turning out “pretty” chicken carcasses, which has remarkably little to do with the safety of raw chicken products. The New Poultry Inspection System (NPIS) puts the responsibility for “pretty” chicken on the plant, with three plant inspectors taking the place of Food Safety Inspection Service (FSIS) inspectors. It frees the available FSIS inspectors to perform more frequent spot checks and increase the amount of microbiological testing. It also places an FSIS inspector at the end of line, making the final inspection before the carcass leaves the plant, an inspection point not included in the old inspection system.

FWW believes the New Poultry Inspection System (NPIS) is illegal and “flies in the face of the agency’s mandate to protect consumers.” Hauter likened NPIS to Upton Sinclair’s book The Jungle, stating it is a “huge step backward for our food-safety system.” The USDA maintains that regardless of the changes to the existing inspection system, all of the chicken products are still required to meet or exceed the USDA’s safety standards. John F. Kennedy once said, “Change is the law of life. And those who look only to the past or present are certain to miss the future.” It appears the future of NPIS will lie in the decision of the courts.