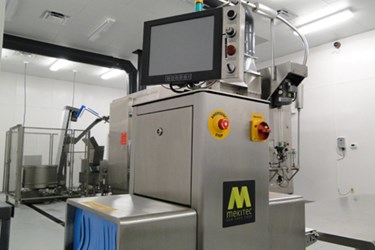 Building a food manufacturing facility from scratch would be a daunting project even for someone with a strong background in this industry. So imagine how challenging it was for Ivan and Elaine Pezzoli whose only previous experience was as a restaurateur in Brazil.

It all started when Pezzoli told his neighbor in Brazil that he was moving to the United States. The neighbor told this to his brother-in-law, who had a background in corporate infrastructure, and had previously worked with businesses with gluten-free food products. Knowing Pezzoli had an exceptional recipe for gluten-free cheese rolls and that such a product could be a big success in the United States market, the neighbor’s brother-in-law proposed a partnership. “It was at that moment that elaine’s* was born,” Pezzoli says.