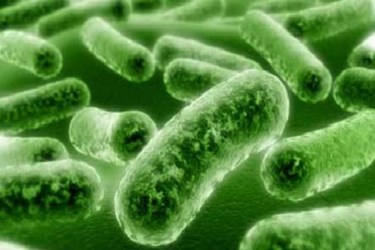 Both enlightening and worrisome, the report shows 48 percent of the world’s population lives in a country that does not report Listeria illnesses

In the first study of its kind, the World Health Organization (WHO) published its analysis and review of the global burden of Listeriosis, caused by Listeria monocytogenes. The systematic review took into account illnesses, deaths, and disability-adjusted life-years (DALYs). Relying on peer-reviewed and grey literature published between 1990 and 2012, a multi-level meta-analysis was performed.  Grey literature is defined as, “That which is produced on all levels of government, academics, business and industry in print and electronic formats, but which is not controlled by commercial publishers.”

Though not as common as Salmonella and E. coli, Listeria is considered the third-most costly foodborne pathogen in the U.S. due to its high hospitalization rate. Clostridium botulinum (botulism) and Vibrio vulnificus rank first and second most economically pricey, respectively.

Though unreported cases of Listeriosis total nearly half of all across the globe, WHO was able to identify the least- and most-affected regions for those countries that do report. WHO found that Listeria in Latin American regions causes the quality of life to be most burdensome. Also high on the list was India, Polynesia, and parts of Southeast Asia. The least-affected area is a swath of Eastern Europe, spanning Turkey to Poland. The U.S. falls somewhere in between. Complete incidence data for African (AFRO), Eastern Mediterranean (EMRO), and South-East Asian (SEARO) WHO regions is not available. Altogether, more than 11,000 references and 87 eligible, Listeriosis studies were included. In 2010 — the most recent year with the most complete data — an estimated 23,150 illnesses, 5,463 deaths and 172, 823 DALYs were attributed to Listeria monocytogenes. Of these cases, almost 21 percent affected pregnant women or newborns.

WHO wanted to quantify the global burden of Listeria in order to include Listeriosis as a disease eligible for WHO’s international prioritization exercises. This classification will add increased levels of expertise and additional funding for associated health research.

Listeria is particularly prolific. Commonly found in soil and water, it thrives in refrigeration and low moisture, where other pathogens can’t. It can also be resuscitated if not completely damaged by heat processing, as seen in the recall of pre-cooked chicken in ready-to-eat (RTE) Caesar salad kits. The Center for Disease Control and Prevention’s (CDC’s) Listeria webpage even cautions that it has been found in cooked and processed foods, such as several types of soft cheeses,  RTE meats, and in smoked seafood.

Ongoing research may be zeroing in on what makes Listeria tick, while new identification methods, such as bio-illumination and Environmental Listeria (EL) Plates are making quicker, and more accurate detection of the pathogen in the field possible. After the 2011 Listeria outbreak in cantaloupes, companies developed new and improved antimicrobial interventions for controlling the pathogen in fresh produce.  Reassessing and implementing an updated Hazard Analysis and Critical Control Points (HAACP) program for Listeria detection will also prove to be beneficial. We may have lost a number of battles; however the world is intent on winning the war, as evidenced by WHO’s latest elevation of Listeria’s status.