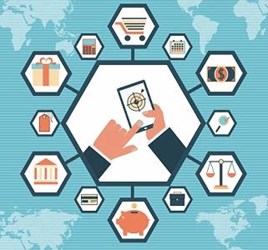 The impact on sales of an effective trade spending program can dwarf your other marketing efforts. The hard part is identifying what is effective and what isn’t, and quantifying that effectiveness so you can make good decisions about trade spending in the future. The right business software features can help.

Introduction
Retailers in the food industry have never had more bargaining power with their suppliers. Retail consolidation and the rise of behemoths like Walmart and Costco mean food producers aren’t just competing for mind space among consumers; they’re also competing for shelf space and retailer support, often in a zero-sum game against rivals in the same retail outlet or chain.

One of the most important tactical levers food companies can use to get a leg up is their trade spending (also called trade promotion). By spending money at the retail level, they influence customers right at the point of purchase, as well as influencing retailers to promote their product over the alternatives.

Effective trade spending is more important than ever before. It’s been a long time since food producers could afford to throw money at the problem while hoping for the best. Today’s retail environment is far too complicated and cutthroat for that.