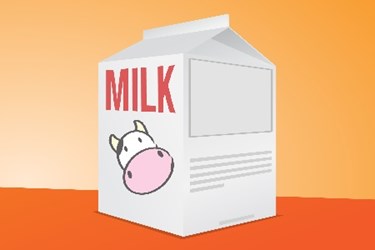 With a tremendous amount of milk lost each year in Pakistan, Tetra Pak has developed a pint-sized innovation that could have a monumental effect

According to estimates made by the dairy milk industry, Pakistan faces a milk shortage of about 1 billion gallons each year.  Lack of production is not the issue here.  Rather, of the total milk produced by the country, over 1.6 billion gallons is wasted annually due to the lack of a proper cold chain and preservation technologies.

Tetra Pak has provided a solution in the form of a six-layer carton coupled with ultra-high temperature (UHT) pasteurization.  During the UHT process, the milk is rapidly heated and cooled before filling.  The flash heating and cooling aseptic process reduces energy use and nutrient loss that may occur with conventional sterilization while still ensuring the eradication of microorganisms.  UHT pasteurization used in conjunction with the six-layer carton can extend the shelf life of milk by up to 90 days, meaning the product can sit unopened in ambient temperature for four to six months without spoiling.

The packaging is comprised of 74 percent carton board for strength and labelling, 22 percent polyethylene plastic, and 4 percent aluminum foil to make the carton impenetrable by light and air.  The carton’s six layers, from outermost to innermost, begin with a plastic layer designed to protect the package from moisture and seal corners.  Next comes a layer of paper board that provides strength and durability to the carton.  Another plastic layer follows to provide adhesion of the cardboard from the previous layer to the aluminum of the next layer.  The aluminum layer prevents the entry of light and oxygen into the carton.  A second adhesive layer follows to bind the aluminum to the polyethylene layer.  The final layer — the polyethylene — seals and protects the product.  According to Tetra Pak, “All the layers are combined in such ratios and sequence that they all work together to protect and preserve the food product inside.”

The aseptic packaging does not allow the milk inside to come into contact with any moisture, light, or microorganisms, the three primary causes of food degradation.  UHT pasteurization also helps to ensure that any possibility of hazardous microorganisms being present before the milk is packaged is eliminated.  Completely protecting the product from any bacteria means that the milk can be kept for several months without the need for any preservatives or even refrigeration.