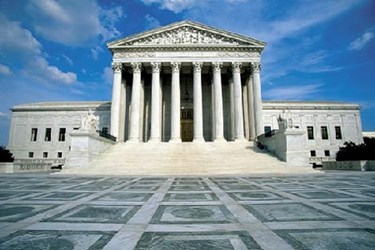 In a unanimous decision, justices rule that POM Wonderful is able to proceed with its lawsuit alleging Coca-Cola took business from the juice maker with false and misleading juice labels

The Supreme Court began hearing arguments on April 21 in an important false-advertising case between Coca-Cola and the juice company POM Wonderful.  The discussion addresses whether a company can sue a competitor for having mislabeled products, even if the FDA has approved the labeling. In previous lower court rulings, courts ruled in favor of Coke, noting its labels conformed to FDA laws and regulations.  But on June 12, the Supreme Court reversed the decision finding that the juice label may technically comply with FDA rules, but still be misleading to consumers for different reasons.

This case involves the intersection of two federal statutes.  First, the Lanham Act permits one competitor to sue another for unfair competition aris­ing from false or misleading product descriptions. Then, the Federal Food, Drug, and Cosmetic Act (FDCA) prohibits the mis­branding of food and drink.

To implement the FDCA’s provisions, the FDA has designed regulations regarding food and beverage labeling, in­cluding one concerning juice blends.  Unlike the Lanham Act, which relies in large part for its enforcement on private suits brought by in­jured competitors, the FDCA and its regulations give the U.S. nearly-exclusive enforcement authority and do not permit pri­vate enforcement suits.  The FDCA also pre-empts certain state mis­branding laws.

Writing for the court, Justice Anthony Kennedy says FDA laws and trademark laws complement each other in the regulation of misleading labels.  He notes that it is unlikely Congress intended FDA law to preclude all trademark actions in the food and beverage arena because that would mean “less policing” of misleading labels than in other industries.

Sam Lewis, Editor of Food Online, recently discussed how common false food labeling and misleading statements are in the market today.  According to the Food Fraud Database (FFD), food fraud is the “deliberate substitution, addition, tampering, or misrepresentation of food, food ingredients, or food packaging, or false or misleading statements made about a product for economic gain.”

With the ruling from the Supreme Court in favor of Pom and its right to sue, time will only tell how many other commercial and consumer suits over labeling and advertising claims might be brought forth.