Successful Disbursement Of Gums In Your Confectionery Products? 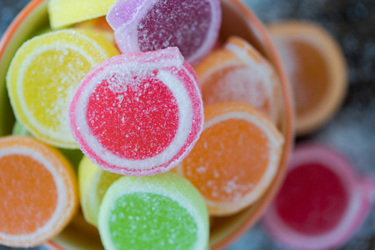 Most gums are prone to forming agglomerates when added to liquid and the full yield of the raw ingredients is difficult to obtain using traditional methods such as conventional agitators resulting in many formulations that contain unnecessarily high levels of gums to compensate for the poor yield, which increases raw material costs. Premixing the gum with other powdered ingredients before adding to the water is often carried out to reduce the formation of agglomerates, but this is only partially successful and adds to the processing time.

Long mixing times are also required when using conventional agitators. They do not produce sufficient shear to rapidly break down the agglomerates and long mixing times can cause degrading of the gum and a poor-quality dispersion.

Read how high shear mixing technology can produce an agglomerate-free dispersion and hydrate gums in a fraction of the time taken by conventional agitators.