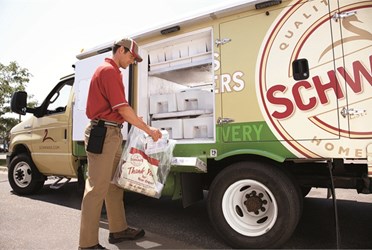 The Schwan Food Co., based in Bloomington, MN, is looking to simplify its menu. This doesn’t mean the company is reducing its wide assortment of frozen foods. Instead, as part of a growing trend toward “clean labels,” it is planning to eliminate four ingredient groups with the goal of making foods with more familiar and healthy ingredients.

Speaking with Food Online, Karen Wilder, Schwan’s senior director of Health & Wellness, says this initiative has been underway for several years and is prompted by what the company is hearing from consumers. She says Schwan has received direct feedback from retail and delivery customers, as well as from their 800 phone line, as well as through blogs, Facebook, Pinterest, and other social media. The company distributes its products through home-delivery, retail-grocery, and food-service channels.

“Customers want to have shorter ingredient lists that are consumer-friendly, like what they have in their pantry,” Wilder says. “We wanted to share with our consumers that we have a commitment to define the four areas that we are eliminating.”

The company is committing to eliminate the following ingredient groups from the food made by its Schwan’s Global Supply Chain, Inc. subsidiary: 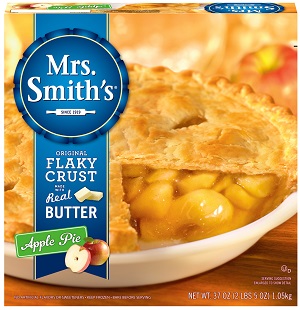 This  initiative is a continuation of the company’s focus on providing food that meets a variety of consumer needs, such as certified gluten free, certified organic, no sugar added, low sodium, low calorie, vegetarian, and heart-healthy options that are already available in its portfolio. Its many brands include Red Baron, Tony’s, Bon Appétit and Freschetta pizza, Mrs. Smith’s and Edwards desserts, Pagoda snacks and appetizers, and Schwan’s frozen foods.

Wilder says the company believes these moves will deliver a competitive advantage because it’s “good news” for customers. “A lot of the information we are making available to consumers is exactly what they want to know about our company — what we believe in and what we invest in.”

The challenge is to make these changes while maintaining consumer expectations. “As a frozen-food leader, we are committed to offering quality foods made with the same recognizable ingredients you would find in your pantry,” says Dimitrios Smyrnios, Schwan CEO.

For ingredients that Schwan purchases, some suppliers have had difficulty finding alternatives. For example, in Edward’s cream pies, the whipped topping has a small amount of partially hydrogenated oils and it’s only been recently that the supplier has been able to find a solution that performs and delivers the type of quality and texture that Schwan consumers expect.

As another example, she points to the elimination of an artificial green dye used in mint ice cream, where Schwan now uses natural beta carotene and turmeric to arrive at substitute that delivers the same eating experience.

Managing Change Is Intensive, Costly
In replacing these ingredients, “difficult is an understatement,” Wilder says, adding that the process is labor- and time-intensive. The company has invested more than $12 million in the process this year.

This is a challenge facing the entire industry, she says, pointing out that ingredient suppliers also are having to invest heavily in developing more natural alternatives. “We are fortunate to have suppliers with talented technologists and culinary experts coming to our aid.”

During the product changeovers, Wilder says Schwan is paying particular attention to food safety in accordance with FSMA.

One inevitable change is in the packaging, which must be redesigned. Ingredient legends will be shorter, and the company likely will include statements about the benefits of its new recipes. The product cutovers have required considerable planning, managing inventories without having to waste large quantities of packaging.