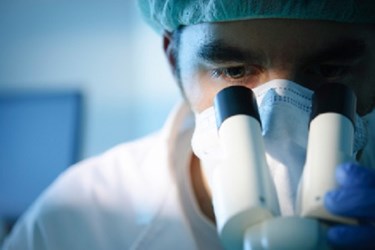 Listeriosis, according to the Centers for Disease Control and Prevention (CDC), is a serious illness. The deadliest example in U.S. history is the 2011 Listeriosis outbreak originating at a single Colorado cantaloupe farm. This widely publicized outbreak sickened 147, killed 33 and caused 1 miscarriage affecting residents in 28 states. The CDC estimates that approximately 1,600 Americans contract Listeriosis each year, with an average of 260 deaths annually.

Listeria, due to its adaptability, its hardy constitution, and its deadly nature is the subject of intense research around the world. The most recent encouraging news comes out of Denmark, where Medical News Today reports notable discoveries which may explain why Listeria is so hard to fight.

Danish scientists have determined that Listeria is so adaptable that it is able to invade the host’s cells, while simultaneously eluding detection by the body’s immune system. According to Professor Kallipolitis, an associate professor in the Department of Biochemistry and Molecular Biology at the University of Southern Denmark, “…Listeria is aware of its surroundings.” She goes on to explain that this “smart germ” reacts instantly to changes in its environment and deploys a number of strategies in order to mitigate the threat. For example, Listeria, in the course of infecting its host, will produce special proteins. Listeria somehow knows the ideal level at which to maintain this protein production, making it impossible for the host’s immune system to realize it’s there.

The Danish researchers also exposed Listeria to a number of anti-pathogen substances. These substances are found naturally in the human body and are also utilized in industry as a decontamination method. When exposing the germ to bile, salt, ethanol, and antibiotics, the crafty Listeria bug started producing and releasing special RNA molecules. The RNA molecules enable the pathogen to downgrade the production of the protein LapB, which it uses to enter the host cells. These same RNA molecules also enable Listeria to repair its own cell walls when attacked by antibiotics. Listeria is the stuff of science fiction movies!

To further add to the intelligence factor of this single-celled bacterium, Listeria did not produce the RNA molecules when it was not threatened. The research team now plans to try removing the RNA molecules in an effort to thwart this threat to the public’s health.

In a related study, researchers at Johns Hopkins Bloomberg School of Public Health have cracked the code of bacterial immune systems. Using X-ray crystallography they were able to visualize a picture of Cascade, what has long been considered the center of a bacterium’s immune system. The structure, resembling a ladder, enables the Cascade, housed in RNA sequences, to act quickly to identify foreign invaders and render them useless. This “ladder” structure is said to be twice as effective as the double-helix of DNA.

Has Listeria met is match? It appears that new discoveries are on the horizon. A world of scientists is proving to be smarter than the germ. In short order they’ve discovered how to detect Listeria with bio illumination and how to more quickly test for Listeria on-site with Environmental Listeria (EL) Plates. Now researchers may be on the verge of discovering how to strike at the very heart of this prolific and adaptable pathogen. That would be exceptionally good news for the food processing industry, the CDC, the medical community, and the consumer.