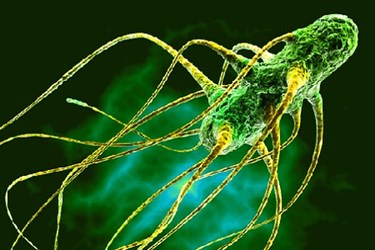 In a study that may very well be one of the most significant in the fight against Salmonella, researchers have identified one thing it needs most

Researchers at the Ohio State University (OSU) should be patting themselves on the back and doing a little happy dance after identifying the most critical nutrient that enables Salmonella to survive and grow in the gut. Possibly going on a gut feeling of their own, OSU researchers took a look at nutrient transporters, something that had never been done before. The reason for the oversight was logical and simple — targeting transporters would be pointless as it was assumed there would be hundreds of them. However, according to Brian Ahmer, associate professor of microbial infection and immunity at OSU, the research team was pleasantly surprised to find that unlike the majority of bacteria, Salmonella has only one nutrient critical to its survival. Without it, Salmonella’s ability to thrive fell by 100 to 10,000 times, even if other food sources were available.

What is the chink in Salmonella’s armor? It’s a sugar and amino acid compound called fructose-asparagine (F-Asn). Inside an inflamed intestine, it is the single food source the potentially-deadly Salmonella bacterium requires. F-Asn is moved to the Salmonella cells by the activation of one of five genes. The researchers involved in this ground-breaking study have determined that blocking just one of those genes greatly weakens the bacteria’s ability to endure.

Salmonelex receives the “OK” from FDA and USDA

Attributing the discovery to “luck and guesswork,” Ahmer points out that many questions still remain to be answered. There is a lot of hard work ahead to identify the exact moment when F-Asn is most important to Salmonella’s survival. Additionally, the team will investigate to determine which foods contain the highest levels of this key nutrient. However, for the time-being, the authors of this research say the study results represent a “specific and potent therapeutic target for Salmonella.” The Centers for Disease Control and Prevention (CDC) estimates Salmonella causes 1.2 million illnesses, 23,000 hospitalizations, and 450 deaths per year in the U.S.

OSU’s research was recently published in PLOS Pathogens, an open-access, peer-reviewed journal published monthly. PLOS is a non-profit organization run by an international Editorial Board that reads like an international Who’s Who of universities, schools of medicine, and research centers. The National Institute of Allergy and Infectious Diseases (NIAID) and the National Institute of General Medical Sciences (NIGMS) provided grant funding for the research. NIGMS operates under the auspices of the National Institutes of Health (NIH), which receives the majority of its funding directly from Congress, though each of the 27 different components administrates its own budget. This appears to be money very well spent.

Co-authors from OSU include Anice Sabag-Daigle, Brandi Steidley, and Juan Gonzalez (microbial infection and immunity); Christopher Stahl, Jenee Smith, Jessica Dyszel, Mohammed Ali, and Yakhya Dieye (microbiology). They also include Judith Dubena, Prosper Boyaka, and Steven Krakowka (veterinary biosciences); Edward Behrman (chemistry and biochemistry); and Razvan Arsenescu (internal medicine). The OSU research team also collaborated with researchers Peter White and the late David Newsom from the Research Institute of Nationwide Children’s Hospital and with Tony Romeo from the University of Florida. These tireless researchers are owed a debt of gratitude for what may be one of the most influential and life-saving discoveries in the area of public food safety.