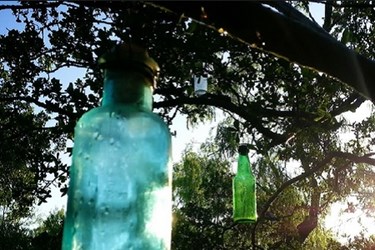 New technology is leading to 100 percent renewable plastic, but there are still problems to solve

Plant-based packaging has been talked about in the packaging world for the last couple of years now. In summer of 2012, environmentalleader.com identified the five global companies to push plant-based packaging as Coca-Cola, Ford, Nike, P&G, and Heinz. Coca-Cola launched the Plant PET Technology Collaborative with the charter to find technology to produce packaging made completely from plants rather than oil.

Coca-Cola included the collaboration in its 2012-13 sustainability report, published last fall. But, the report included no details on the project other than saying how Heinz is licensing Coca-Cola’s PlantBottle technology. This technology however, only used plants partially to make bottles — still demonstrating a lower environmental impact — but not nearly the achievement the collaborative was initially formed to produce. Only 30 percent of the bottle is derived from sugarcane and molasses with carbon emissions reduced up to 25 percent.

While these five companies were proudly producing press releases touting their new achievements, it was Toray Industries, a Japanese textile firm, which claimed to have developed “the world’s first fully renewable bio-based PET fibers.” Toray got around producing paraxylene — the main chemical needed to produce polyester — from refining oil and natural gas by partnering up with a company called Gevo that refined biofuel instead to produce the chemical.

Considering that about 40 million tons of polyester created by PET is produced per year worldwide, finding a way to refine biofuel to produce it was a big step in the right direction. Certain studies were also published that the conventional polyester often leached phthalates — a chemical used to make plastic more flexible — onto the body as it can be readily absorbed by the skin. This caused a myriad of issues that linked phthalates to disrupt the functioning of reproductive organs resulting in reduced sperm counts and early breast development.

Using biofuel still has its problems though. The same chemicals are produced whether using conventional fuel or biofuel — leaving some major problems on the table for future inventions to tackle.  At any rate, the search for a nontoxic alternative continues as companies strive to create innovative solutions to these age-old industry issues.