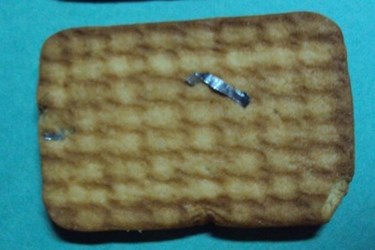 Among the limitations of metal detection technology is finding foreign objects such as small, oblong metal pieces like wires and pins. These types of contaminants exhibit “orientation effect,” a phenomenon in which the signal the metal detector sees is largely dependent on the contaminant’s alignment in relation to the detector’s aperture. Orientation effect creates a challenge for inspection systems – a challenge that may not be obvious at first glance, but with consequences that could compromise consumer safety and brand reputation.

Metal detection technology that could be agnostic to orientation effect, that is able to detect metal contaminants in any orientation, would be optimal. After all, it is impossible to say just how a real contaminant will embed inside a product.