Oh, How I Love You, Nestle, Kellogg, and Hershey! 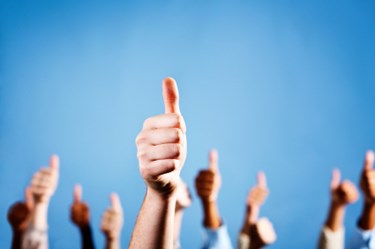 Popular food companies find themselves atop list of most loved brands

Thursday, Oct 10 marked the release of APCO Insight’s — the Washington, D.C.-based opinion research consultancy at APCO Worldwide — annual list of the 100 Most Loved Companies. The rankings measure the emotional attachments consumers have to brands using eight dimensions, which include: understanding, approachability, relevance, admiration, curiosity, identification, empowerment, and pride. The company’s research is carried out using its proprietary Emotional Linking model in a survey completed by more than 70,000 consumers in 15 global markets.

“The best brands are those that build a strong, enduring emotional attachment with consumers,” says Bryan Dumont, president of APCO Insight. “In addition to acting as a highly predictive tool for consumers' purchase choices, the Emotional Linking model has proven to be an excellent way to help companies retool their campaigns to build stronger emotional attachments between their key audiences and their brands.”

This year, the list was topped by the Walt Disney Company. Following after were Yahoo!, Google, and Sony. But let’s shift the focus from most loved companies to most loved FOOD companies. Rounding out the top five, with the top four companies focusing heavily on technology, was Nestle — the highest ranked company in the survey within the food and beverage industry, and the only one in the top 10. With Nestle being so different from the top 10 companies, it begs the question, “what makes consumers so attached to Nestle?”

The food company’s EVP, Patrice Bula, has an answer for it, and as biased as it might sound, it rings true. “’Good Food, Good Life’ is the promise we commit to everyday, everywhere — enhancing people’s lives with good food and beverages. The great efforts our people make to deliver this pledge create great results, as the research shows, by winning with customers,” Bula says regarding the survey’s results. It’s no exaggeration to say Nestle produces around 1 billion products every day, sold in almost every country across the globe. In the Emotional Linking model, Nestle scored highest in the dimensions of relevance and understanding. Nestle has been around for 150 years by actively ebbing and flowing with the market, providing customers with what they want through its plethora of brands.

To find the next food or beverage company in APCO Insight’s list, we have to drop to number 12, which belongs to Kellogg. Nowadays, the company is more than just cereal, but it remains focused on breakfast. Kellogg has expanded its brands to include To-Go Breakfast Shakes, Nutri-grain breakfast bars, Eggo Waffles, and Pop Tarts breakfast pastries.  The company ranked highest in Understanding and Identification in the APCO Insight’s Emotional Linking model, and it’s easily seen why. Kellogg’s brands have given it a name in the breakfast world, leaving the company easily understood and identified. The company has also strived to innovate this category of products by leveraging relationships and deepening offerings in emerging markets through the creation of new products in a well-established industry.

The final food company to be discussed comes in immediately behind Kellogg’s at the number 13 spot. The chocolate empire, Hershey, ranks high, and it really isn’t a surprise why. The company has been manufacturing candy products since 1894, and it has become globally synonymous with chocolate. APCO Insight’s Emotional Linking model lists the company’s highest ranking attributes as admiration and pride, which seem to fit the household name for confectionary very well. But, perhaps the cards will be changing for Hershey in next year’s survey. The company has announced plans to release its first new brand in 30 years. The “chewy, meaty” caramel candy will be called “Lancaster,” drawing its name and inspiration from Milton Hershey’s first company, The Lancaster Caramel Company. The new confectionary come in three flavors — caramel, caramel and vanilla, and vanilla and raspberry — and will be available to retailers in January. Perhaps in next year’s survey Hershey will be known for curiosity, as it explores into its first new brand in three decades.

“Decision making begins with reason and starts with gathering facts, but emotion is what makes you a winner and shifts our focus. It's what creates the memory,” says Mischa Dunton, deputy managing director for APCO's San Francisco office. APCO Insight’s list provides a quantitative template for companies to gauge their audience’s emotions regarding the company. The list allows companies to see their strengths, as well as their weaknesses, which can provide a map to tailor advertising and communications efforts with target audiences.