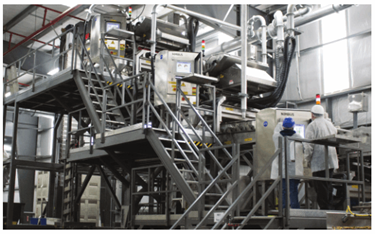 Linden, CA-based Morada Nut is a grower and processor of walnuts and various other agriculture items. As a third-generation family farm, one of the company’s biggest concerns was providing its customers with the highest quality products possible. This case study shows how the implementation of optical and laser sorting technology helped Morada Nut boost the quality of its product while simultaneously increasing efficiency and maximizing throughput.

High-quality food is a priority for the farm so ensuring that they have the very best in food sorting technology is a must to serve safe and delicious walnuts for their customers to enjoy.

Headquartered in the fertile San Joaquin County, Morada Nut is owned and operated by the Foppiano family, whose farming traditions began during the California Gold Rush in 1849. Owner Henry J. “Skip” Foppiano III looks back on a deep farming history. Skip’s dedication and respect for his family’s farming traditions grew from generations past, beginning with his great grandparents Giovanni and Caterina Foppiano that moved from Italy to California in 1849. His grandfather planted one of the first cherry orchards in the region. Growing up with a farming culture, Skip was inspired to carry on his family’s traditions, bringing the same passion to farming as his father and grandfather before him.