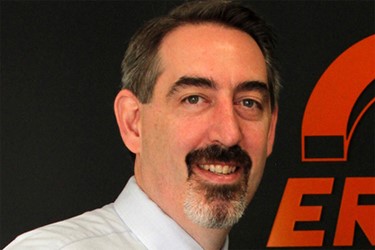 Eriez® Executive Vice President of Strategy and Development Lukas Guenthardt announces that Jaisen Kohmuench has been promoted to the newly created position of Senior Director of Asia-Pacific Operations and Strategy. In this new role, Kohmuench, who has been with Eriez for nearly two decades, will serve as part of the company’s corporate executive team.

Kohmuench has earned consistent promotions and held numerous titles during his long history with Eriez. He most recently concluded a three-year expatriate post as Managing Director of Eriez-Australia. As Senior Director of Asia-Pacific Operations and Strategy, Kohmuench’s expanded responsibilities include operational and strategic leadership for all Eriez Asia-Pacific subsidiaries, which consists of Australia, China and Japan.

“Jaisen’s extraordinary knowledge and expertise in Asia-Pacific markets, combined with his incredible drive and superior management skills, will be instrumental in taking our business to the next level in this area of the world,” says Guenthardt."We are confident that his contributions--both as Senior Director of Asia-Pacific Operations and Strategy and as a member of our corporate executive team--will have a tremendous positive impact on Eriez’ overall success,” he adds.

Kohmuench attended Virginia Polytechnic Institute and State University, where he earned a bachelor's degree of science, a master's degree of science and a doctorate in mining and minerals engineering. He also holds a Professional Engineers Certification.

During his career, Kohmuench has been the recipient of numerous prestigious awards, written scores of technical papers and made dozens of professional presentations at various domestic and international conferences. He recently co-chaired Eriez’ first Asian-Pacific Agents Conference (APAC) in Tianjin, China. This event brought together Eriez representatives and sales staff from Asia-Pacific markets to collaborate and strategize growth initiatives.