Is There Risk From Using Reusable Plastic Containers In Food Processing? 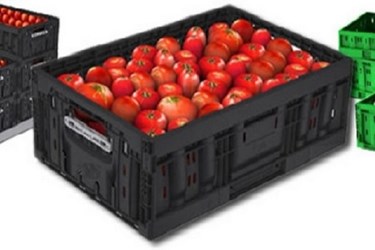 Another study points to the potential for reusable plastic containers — utilized across the food processing industry — to harbor foodborne pathogens, even after the recommended cleaning cycle.

This same question was raised publicly last November when a Canadian study sponsored, by the Canadian Corrugated and Containerboard Association, was questioned due to a conflict of interest. Performed by the University of Guelph, the study reported that 73 percent of reusable plastic containers (RPCs) tested exceeded the acceptable standards for bacterial load, after cleaning. The methodology employed for the study was made available, citing the brand new, unused containers that arrived wrapped in plastic to be the subject(s) for study. Still, the makers of the RPCs questioned its validity.

Now, however, a new study performed by researchers at the University of Arkansas and WBA Analytical Laboratories lends credence to the Canadian study. WBA has been providing chemical and microbiological analyses across the entire food supply chain for more than 20 years.

The RPC was marketed and adopted industry-wide due to its long-term economic savings and eco foot-print reduction. Plastic, in many forms, has its protractors and detractors, but reusable plastics for the transport of foodstuffs are now under the microscope.

The researchers in this study purposely allowed E. coli O157, Listeria monocytogenes (Lm) and Salmonella to grow on the surface of the RPCs. Then, the study samples were cleaned and sanitized according to what is typical and widely acceptable within the food-processing industry. The result was even worse than what was found in the Canadian study. In every single instance, the pathogens were protected by biofilms. This, in theory, makes it possible for the bacteria to colonize and infect the next round of food shipments, particularly fresh produce, in these contaminated containers.

As a result of the study, Dr. Steven Ricke, the Director for the Center for Food Safety in the Institute of Food Science and Engineering at the University of Arkansas, suggests that going back to single-use cardboard containers may be prudent. Though no foodborne outbreaks have been directly linked to RPCs, it is very possible to think that the possibility of one does exist.

Ricke also suggested that both the food industry and plastic manufacturers have disparaged studies of this kind, calling the researchers “academics,” almost as if it’s a dirty word. However, the fact is, the so-called academics are at the forefront of food safety. The Food Safety Modernization Act (FSMA) mentions time and time again the need for science-based protocols for the prevention of foodborne pathogens. Hazard Analysis and Critical Control Points (HACCP) and Hazard Analysis and Risk-Based Preventive Controls (HARPC), are both science-based practices.  These pathogens will be controlled, and possibly eradicated, by research scientists, in concert with the food-processing industry, not by food manufacturers and production managers alone.

Last October, the president of the Reusable Packaging Association, Jerry Welcome, sent an open letter to all growers, shippers, and retailers as a result of the Canadian study. In this letter he literally underlined the fact that “there has never been a documented food-safety issue with the use of RPCs in Canada or the U.S.” The full content of the letter is available for download here.