Is GRAS Being Used To Skirt Stricter NDI Requirements? 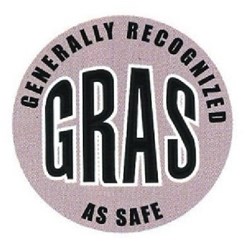 Because the makers of dietary supplements are adding to the growing list of Generally Recognized as Safe ingredients to get supplements to market faster, food processors are being put at risk for using untested and unsafe ingredients

New Dietary Ingredients (NDIs) in dietary supplements undergo a vetting process similar to, but more-stringent than, Generally Recognized As Safe (GRAS). An amendment to the Federal Food Drug and Cosmetic Act (FFDCA) defines a “new dietary ingredient” as one not marketed here in the U.S. prior to October 15, 1994. Under the law, any manufacturer or distributor of a dietary supplement must notify the Food and Drug Administration (FDA) of its intention to use an NDI 75 days in advance of it going to market.

The rub comes with the exception to the law, which allows the use of an NDI in a supplement if it is already present in the food supply and GRAS. This exception, along with the high NDI failure rate, is causing less than ethical manufacturers to work around the problem by submitting GRAS notification to the FDA. Before you know it, the NDI is now on the GRAS list and is therefore okay to use in the food supply, as well as in dietary supplements.

The specific regulation regarding NDI notification is in 21 CFR 190.6. The FDA filed a petition to request an exemption from 100 percent identity testing of dietary ingredients in the Federal Register in Jun, 2007. The petition was filed as part of the 21 CFR Part 111 having to do with Current Good Manufacturing Practice (CGMP) in Manufacturing, Packaging, Labeling, or Holding Operations for Dietary Supplements;.

According to some expert estimates, more than 80 percent of NDI notifications are currently rejected by the FDA. The reasons are numerous, though the most common ones include inadequate proof of the ingredients’ quality and safety and incomplete documentation of the claims. The exacting compilation requirements and a misunderstanding of labeling requirements also seems to be a challenge supplement manufacturers are having a hard time overcoming.  As a result, dietary supplement manufacturers are turning to a much easier rule to navigate: GRAS.

GRAS has already come under fire on numerous occasions. The FDA was put on notice by the Natural Resources Defense Council. GRAS, though designed as a means by which to help relieve the burden on the FDA for ingredient approval, is now a way to push questionable ingredients through a cumbersome and understaffed system. A number of GRAS ingredients are currently under review by the FDA, including salt, caffeine, and man-made MSG.  Medical evidence of adverse reactions to Quorn, a mycoprotein on the GRAS list, is just one illustration of the necessity for a revamped system. The FDA is named in a lawsuit brought by the Center for Food Safety (CFI) in which the entire GRAS process, first instituted in 1997, is questioned. According to the suit, the GRAS law has not been officially finalized, leaving the entire process open to individual interpretation and purposeful unethical opportunity. Michael Taylor, Deputy Commission for Foods at the FDA, when questioned, admitted that the information necessary to vouch for the safety of many of the additives on the GRAS list is not available.

The truth is that the current GRAS and NDI systems are not working. NDI failure and the loopholes in the GRAS law have muddied the waters. The Food Safety Modernization Act (FSMA) has been drafted, funded, and will soon be the governing set of food-safety laws in the U.S., while other food-safety systems remain broken. Does that relieve the manufacturers of food or dietary supplements of responsibility for the safety of ingredients consumed by the public? Lawfully, maybe it does. The true test will be in a court of law.