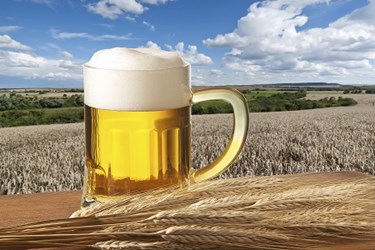 American brewers are requesting an exemption from FSMA’s proposed rule regarding Preventive Controls for Food for Animals, asking specifically, “Is unregulated spent grain a risk to the safety of the food supply chain?”

The Food Safety Modernization Act (FSMA) is close to implementation. The entire process was fast-tracked with President Obama’s signature in 2011, with many of the proposed rules already in use, and many more being implemented this summer.

One such proposed rule will, according to the Brewers Association, impose an “unwarranted burden for all brewers.” This same rule, governing the safe handling and preventive controls for food for animals, is being questioned by farmers currently benefiting from the lack of regulation of spent grains. Spent grain, the by-product of beer brewing, is sold to farmers to feed livestock at greatly reduced prices and is sometimes simply donated. Conventional feed prices are expected to reach astronomical rates in light of the drought in California and other grain producing states. Many small cattle ranchers living in close proximity to boutique-type breweries benefit from the lower cost of feeding spent grain. Brewers and ranchers are fighting back against the FDA and the implementation of the proposed rule. Brewers are suggesting they will be forced to dump tons and tons of spent grain into landfills. Cattle ranchers say their livelihood is at risk if they are forced to buy more expensive feed rather than using the less costly spent grain.

The fact is that the FDA is not saying the spent grain cannot be used; it is only establishing rules for its safe-handling. FSMA is necessary to efficiently manage the safety of our food supply chain. Its proposed rules are thoroughly scrutinized prior to implementation. Through a series of public meetings, congressional hearings, and extensive periods of time for public comments, the FDA seeks to ensure consumers are protected from foodborne illness. The days of “we’ve always done it this way, so why change it,” are over. This way of thinking is what prompted these sweeping changes. It not only puts the consumer at risk, but puts every food producer and manufacturer at risk. It has led to a lack of trust in the food supply chain like never seen before, to illness, and death. One only has to look at the headlines and plant closings to realize that the current way of getting our food from the farm to the fork is not working.

Along with FSMA comes the Hazard Analysis and Critical Control Points (HACCP) regulation. Simply put, each facility will be required to prepare and implement a written food safety plan. The plan will include identifying areas where contamination can potentially occur, putting preventive controls in place, monitoring those controls, and keeping thorough records. The entire process is simplified in HACCP — What You Need To Know.

The truth is that disease can be spread through animal feed to the animals we eat, and therefore to the consumer. Safe handling of animal feed is the first line of defense against illness entering the animals to be processed for human consumption. Should the FDA grant an exemption in this instance? Is it worth the risk? Or should the brewers recognize the need for FSMA compliance, and then find a way to do it efficiently and cost-effectively, for the benefit of all?