Is Agent Orange Coming To A Farm Near You? 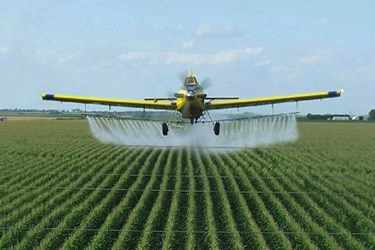 If approved by the EPA, the herbicide 2, 4-D, half of the infamous toxic cocktail of Agent Orange, will be used to control weeds in GMO corn, cotton, and soybean crops

Used to defoliate the canopy of the Vietnamese jungles during the Vietnam war, Agent Orange is a liquid compound containing equal parts of the herbicides 2,4-dichlorophenoxyacetic acid (2, 4-D) and 2,4,5-trichlorophenoxyacetic acid (2,4,5,-T). This formulation also contains high levels of dioxin, a highly dangerous toxin. Though the herbicide itself remains poisonous for just about one week, dioxin can leach into the soil, lingering in water, and residing in the body’s fatty tissues for decades. Studies have shown dioxin can remain stable in an underground aquifer for at least 100 years. The short-term effect of Agent Orange is defoliation. The long-term effects include many forms of cancer and severe birth defects, as evidenced among the children of affected villages, as well as those children of active-duty soldiers and, many years later, of war veterans.

Yet, the Environmental Protection Agency (EPA) has opened a comment period to discuss approval of the use of the herbicide 2, 4-D to control weeds on soybean and corn crops designed with genetically modified organisms (GMO) right here in the U.S. These crops were genetically engineered by Dow Chemical; more specifically, these vegetables were genetically modified to survive repeated dousing with the herbicide 2, 4-D, also created by Dow. Monsanto was also responsible for manufacturing these debilitating herbicides and has recently been in the news for its engineering of genetically altered seeds.

The EPA is an independent agency, reporting directly to Congress and to the President. The EPA is not governed by the USDA, nor is it a part of the FDA.  The EPA does have a role in the protection of our nation, with such core mission authorities as the Clean Water Act (CWA), the Atomic Energy Act (AEA) and the Federal Insecticide, Fungicide, and Rodenticide Act (FIFRA). However, should the EPA be making decisions regarding the safety of our nation’s food supply? Should the EPA be inviting the USDA and the FDA to weigh in on this subject?

If history is any indication, Genetically Engineered (GE) 2, 4-D soy, corn, and cotton may go the way of GE Roundup-Ready (glyphosate) crops, created by Monsanto. Introduced 18 years ago, Roundup Ready crops were touted as a breakthrough, citing the ability to control weeds without damaging the crops. Now, consumers know that weeds have evolved to be resistant to Roundup, making it necessary to develop other GMO crops; therefore other weed killers.

Dow is following firmly in Monsanto’s footsteps with the GE 2, 4-D crops and the EPA is poised to approve the use of this dioxin-laced herbicide. Not only are our lives and the lives of our children being put at risk, but this may all be for naught when the almighty weed develops its resistance to Enlist Duo, the marriage of glyphosate and 2, 4-D herbicides being considered. Then the question will be, “What do we do now?” The answer to that question may be more than our world can handle.