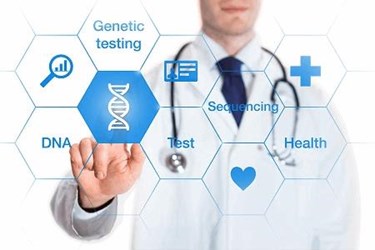 In the unfortunate event of a foodborne illness outbreak, public health and regulatory officials must act quickly to collect data, determine a cause, and prevent further illnesses. Here, Matthew Wise, outbreak response team lead with the outbreak response and prevention branch of the Centers for Disease Control and Prevention (CDC), answers my questions about the role CDC, and other federal, state, and local agencies play in foodborne illness investigation. Further, Wise also explains some of the investigative tools the agency has at its disposal, as well as their capabilities and benefits. Wise will be speaking at the 2017 Annual AAFP Conference held September 19 to 21 in Springdale, AR.

Food Online: How does the CDC approach multi-state foodborne illness outbreaks? Who is involved and what roles do they play in the investigation?

Wise: The CDC is one of a number of agencies involved in responding to large, complex, foodborne outbreaks. These agencies range from the state and local health departments interviewing ill people about what they ate before getting sick, to state and federal agriculture and regulatory agencies that are tracing suspect foods to their source and conducting food and environmental testing.

The CDC’s role falls into a few areas. The first role is detecting multistate outbreaks. Unlike your classic “church supper” outbreak, which local health departments quickly identify and respond to, multistate outbreaks require a different approach. The CDC closely monitors reports of illnesses from across the country and looks for signals that something unusual is happening. The second role for the CDC is coordinating the epidemiologic investigation — essentially compiling the data that we get from ill people in multiple states. Because multiple states might be involved in an outbreak, it’s really important that everyone is asking ill people the same questions and that someone is collecting all that data and analyzing it. That information helps us generate hypotheses about what all the ill people have in common. Finally, once we’ve worked with our regulatory and agriculture partners to get additional data confirming our hypothesis is the likely source of the outbreak, we work with them to communicate to the public what food they should avoid eating to prevent additional illnesses.

Food Online: What are some tools, both and novel and established, the CDC uses in these investigations? What benefits do the new tools offer?

Wise: One of the biggest challenges in both detecting and investigating multistate outbreaks is to figure out, among the millions of foodborne illnesses that occur each year, which of those might share a common source of illness. For the last 20 years or so, the way that we’ve been doing that is by coordinating a system called PulseNet. Every state, as well as the FDA and the USDA, participates in this system. PulseNet gets laboratories to perform DNA “fingerprinting” on bacteria, such as Salmonella, Listeria monocytogenes, and E. coli, using the exact same techniques so that the fingerprints can be compared from bacteria identified anywhere in the country to detect outbreaks.

The technique we’ve used historically to make these fingerprints is called pulsed-field gel electrophoresis (PFGE). How this works is that “molecular scissors” cut bacterial DNA into small pieces of different sizes that are separated to produce a DNA fingerprint with a specific pattern. We compare these DNA fingerprints to tell how similar the bacteria are. When two bacteria have the same PFGE fingerprint, it’s more likely those illnesses came from the same contaminated food. This technique has worked extremely well over the years, but it isn’t perfect.

Over the last several years, PulseNet has been transitioning from using PFGE to using whole genome sequencing (WGS) for DNA fingerprinting. WGS can be used to look at almost every single base in the bacteria’s DNA. The DNA in foodborne bacteria have millions of bases, so when we’re comparing bacteria to each other using WGS, it’s with an incredible amount of resolution. It would be like comparing two books to one another by looking at every single letter in the book to see if they are the same or different. When we see a group of bacteria that differ by less than five or 10 “letters,” or bases, we have much higher confidence those illnesses are connected to each other in some way.

Food Online: What does the CDC do with information gathered with these tools? How does the agency reach a decision to inform the public of a potential foodborne illness outbreak?

Wise: The underlying goal for all the information collected during these investigations is to stop the outbreak and prevent more people from getting sick. All of the agencies involved — the CDC, the FDA, the USDA, and the states — look at the information we’ve collected and make a determination about what is making people ill. We use the WGS information to make sure we’re investigating a group of illnesses that are likely to share a common source. We use interview information from sick people to determine what foods they are eating more often than we would expect. We look at testing data to see whether bacteria with the same DNA fingerprint making people sick are found in foods, on farms, or in production environments. And we look at the results of product traceback to see whether the suspected food items all came from a single point where contamination might have occurred.

It’s the consideration of all of that evidence that leads us into a discussion about informing the public about an outbreak. The most-common reason the CDC communicates about an outbreak is when the outbreak is ongoing and a specific source linked to illness has been identified. In this scenario, there are clear and actionable steps for consumers to take to protect themselves. We post information on the CDC website to inform people where the illnesses are occurring, what food is linked to illness, and what people should do to prevent illness. These notices also include advice for retailers and restaurants. If an outbreak ends before we determine what is causing it, we often write outbreak reports published in various journals to make sure government agencies and industry can learn from the outbreak.

Food Online: Can you take us through some anecdotes of the CDC’s investigative processes? How have the agency’s new tools and updated approach solved foodborne illness issues that may have once gone unsolved?

Wise: One investigation that comes to mind is an outbreak of Listeria monocytogenes infections linked to Middle Eastern style cheeses. This was an investigation we would not have solved without using WGS. When we started investigating this outbreak in 2015, we were seeing several listeriosis illnesses, mainly in California, that reported eating Middle Eastern-style foods, including cheeses. But, these illnesses had different PFGE fingerprints and there were many varieties of Middle Eastern cheeses reported by ill people. We wondered whether these different cheese types could all be coming from the same manufacturer, but without knowing if these illnesses were related, it would have been difficult to move the investigation forward.

Turns out, WGS data showed the Listeria causing the illnesses was the same, despite these bacteria looking different by our older PFGE method. That gave us the confidence to investigate all these illnesses together as one outbreak. Traceback by our regulatory partners got back to a single cheese-making facility in California where they found the same Listeria in the production environment as was making people sick. We also learned that Listeria had been identified in the facility back in 2010 and when that was sequenced, it was nearly identical to the Listeria found there in 2015, as well as to 30 listeriosis illnesses occurring between 2010 and 2015. This gave us strong evidence that a single strain of Listeria had likely persisted in this facility over a number of years, making people sick over an extended time. Examples like this show why the “seek and destroy” strategy for Listeria in food production environments is so important.

As we ramp up WGS in PulseNet over the coming years, I am excited to see what new opportunities it will uncover for making our food safer and preventing foodborne illness. 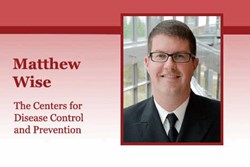 Commander Matthew Wise is currently serving as the Outbreak Response Team Lead in CDC’s Division of Foodborne, Waterborne, and Environmental Diseases.  His team is responsible for coordinating epidemiologic investigations into complex, multistate, foodborne disease outbreaks caused by Salmonella, Shiga-toxin producing E. coli, Listeria monocytogenes, and other pathogens. He joined the CDC in 2008 as an Epidemic Intelligence Service Officer assigned to the Division of Healthcare Quality Promotion. He has a Ph.D. in epidemiology from the University of California at Los Angeles and completed his undergraduate degree at Pomona College where he studied social and behavioral determinants of health.