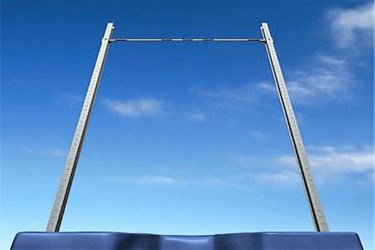 Prevention of food contamination is a much more practical approach than testing every product in the supply chain. But, that doesn’t mean contamination testing technologies will ever be obsolete. Here, Vincent Paez, director of the Global Food Safety Forum (GFSF), answers my questions about current and emerging methods and technological advancements helping to keep the global food supply safe. Paez will be speaking at the Global Food Safety Forum’s event: Food Safety Training Summit on Monday, August 28, 2017 in Ho Chi Minh City, Vietnam.

Food Online: What are some of the major contamination issues the food industry is facing?

In the best-case scenario, contamination is caught early through testing at the food production stage. In the worst-case scenario, the food has reached the supermarket, has been purchased and eaten, and made the consumer ill or worse. The biggest challenge is that testing food is complex and expensive, requiring equipment with trained personnel. As a result, a very-small percentage of the world’s food is actually tested. For this reason, the world’s approach is risk-based, focusing on foods coming from areas with higher risks. Regardless, it is impossible to completely eliminate risk in the lengthy food chain, as there are too many opportunities for contamination from the farmer to the consumer.

Vietnam is primarily a seafood exporter, so the topics of our summit will discuss the contamination that occurs within the shrimp and fish sectors, such as pathogens and veterinary drug residues.

Food Online: How is industry working to fix those issues? Who is collaborating with industry on those solutions?

Paez: The food industry has realized that it’s simply not practical to throw seemingly-endless resources at food testing. Prevention is a much better approach with more standards and regulations focusing on hazard analysis (HACCP) and reviewing all food processes and handling practices so potential areas of contamination can be controlled.

Still, food testing will remain a critical part of the industry for some time. In recent years, providers of food testing technologies have focused on making the use of testing products easier, more affordable, and more reliable, so more people in the food industry can quickly test food before it goes on to the next stage of the food chain. For example, fast, real-time PCR has become more affordable and easier to use in recent years, enabling people in the food chain to more quickly identify pathogens, compared to traditional cultured media techniques. In the same way, chromatography and mass spectrometry have both become more accessible to food labs, so not just elite, well-funded labs have these technologies to accurately test for chemical contaminants, such as residual pesticides and antibiotics.

Near-infrared (NIR) technologies are becoming more common in food production lines to detect rocks, bones, and metal shavings which may have entered the food at some point.

Food Online: What are some current and emerging detection technologies fighting each type contamination? How will they improve food safety?

Paez: There are some really interesting technologies out there, and it seems that each one is designed to detect and design a particular contaminant. For example, ELISA kits are specifically designed to detect a particular allergen or pathogen, because it is immunoassay-specific. They are already easy to use and relatively inexpensive. So, to increase testing, suppliers of ELISA kits are developing great new automation products to handle many more samples per day. In the case of chemical detection, companies are developing smaller, more affordable, and more robust mass spectrometers, which used to be prohibitively expensive and difficult to use.

All of these technologies make searching for known expected contaminants, such as pathogens and pesticides, easier for the industry. But, what about unknown, unexpected contaminants, such as the melamine incident in China back in 2008? That is, what if there were an unexpected contaminant in the food sample and you were not using the right tool to look for it? The lab would miss it and the contamination would get further in the food chain. Today, some companies are working hard on Accurate Mass – Mass Spectrometry, which can detect all contaminants, even the unknown, unexpected ones. Finally, the adoption of more portable technologies, like Raman spectroscopy and easier Lateral Flow Devices make it easier to check for contamination closer to its source and preventing further waste of product and time.

So much data about food processing and food testing can be generated, but this data oftentimes does not effectively make it through the food chain. One of the most interesting developments is in the area of Blockchain technology, whereby a list of events and records could be securely stored or transferred to track the quality of food as it passes through the food chain. Blockchain methodology can preserve the integrity of the supply chain through immutable farm to fork ledgers and proof of provenance. GFSF has been working on the introduction of Blockchain-stored food safety information with ease of access for official surveillance and for insurance purposes.

Food Online: How quickly will these emerging technologies be available to food companies? What are the challenges of adopting those technologies?

Paez: I see rapid detection techniques in microbiology making enormous strides in reducing the analysis time from days to hours. The automation of ELISA kits is also being done very quickly. Making expensive instrumentation, which are capital expenses for the food labs, easier to use is much harder to do, because the suppliers are dealing with laws of physics and chemistry, as they look to miniaturize and make easier parts of the equipment. Making large chemical analysis equipment smaller and easier will take years, although we are starting to see advances.

The biggest challenge in most food testing is preparation of the sample. Waiting for bacteria to grow or following a lengthy pesticide extraction takes far more time than the detection step. The company that eventually eliminates or significantly decreases time spent on sample preparation will revolutionize the way food testing is done. But, again, that requires getting around the laws of bacterial growth and chemistry and is not an easy task. 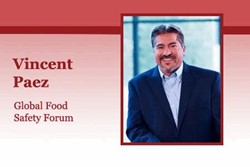 Vincent is the director of GFSF worldwide. He is an analytical chemist with an MBA from the Anderson Graduate School of Management, UCLA.  He previously has worked for Hewlett Packard/ Agilent Technologies where his responsibilities included serving as Asia Programs Manager; VP of Sales and Director of Food Safety Business Development at Thermo Fisher Scientific; and the former Senior Director of Food Safety, Environmental and Forensics Toxicology Testing Markets at SCIEX, responsible for bringing new mass spectrometry based solutions to these markets.