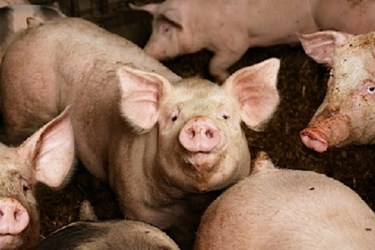 Drought is happening in the American west, while flooding takes place in the plains. Frigid temperatures are reaching as far south as the Florida panhandle and a virus is rapidly spreading through the nation’s pork supply.  American food producers must be asking themselves, “What else could go wrong?” For suppliers and buyers in the pork market, it might be best to tackle one problem at a time.

The Porcine Epidemic Diarrhea (PED) virus affecting the nation’s pork supply has spread to at least 25 U.S. states, killing more than 4 million pigs in the process, according to the National Pork Producers Council.  This epidemic is leading to significant increases in the cost of pork, as wholesale-pork prices surged 18 percent last month, the most since April 2010. Prices are 28 percent higher than a year earlier, government data shows.  The USDA’s forecast for 2014 pork production was lowered 0.7 percent in response to the further spread of the swine disease. U.S. pork exports in 2013 were 7.2 percent below a year earlier. Exports in 2014 are expected to increase 3 percent.  Retail pork chops averaged $3.731 a pound in December, the highest since at least 1998, according to the latest data from the Bureau of Labor Statistics.

Like consumers, meat processors have felt the pinch of higher meat prices. In a recent effort to combat the epidemic, pork producers have begun feeding the excrement and sometimes ground intestines of dead pigs to their brood sows to build up the sows’ immunity to the disease, which is then passed on to subsequent litters of pigs.

While some are trying to maintain margins, others are seeing some growth. Hormel recently reported that its results for Fiscal Year 2014 could be affected  due to the PED virus as the company's financial results and margins are tied closely to the cost and supply of pork.  However, Hormel has enacted plans to attract customers by expanding its product line. Hormel has expanded its offerings with the addition of SKIPPY peanut butter — a sign Hormel wants a bigger piece of the lunch segment and diversify its portfolio as the swine illness unfolds.