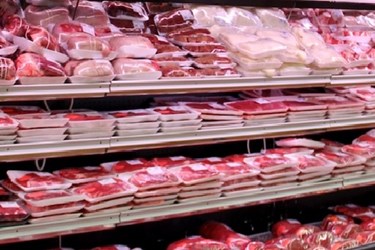 On May 12, Hillshire Brands, maker of products such as Jimmy Dean sausages and Ball Park franks, announced it would buy Pinnacle Foods in a deal valued at more than $6 billion.  Only three days later, on May 15, the meat processor announced the completion of its acquisition of Van’s Natural Foods from Catterton Partners. Van’s is a maker of better-for-you food focusing on taste, nutrition, simple/clean ingredients, and all-family appeal across multiple product lines, including frozen breakfast and snack foods.  The transaction was originally announced on April 21, 2014.

Hillshire isn’t alone, as Hormel has enacted plans to attract customers by expanding its product line. Hormel has expanded its offerings with the addition of SKIPPY peanut butter — a sign Hormel, much like Hillshire Brands wants a bigger piece of segments outside its core meat product portfolio.

So what’s behind the recent rash of acquisitions from Hillshire Brands and other meat-based manufacturers? There is no doubt the manufacturers want to be present in more sections grocery stores, but analysts consider the acquisitions tied to the fact meat companies are investing in brands that aren't influenced by rising hog and cattle costs.  Consolidation continues to be evident in the meat business, especially because of long-term changes in the supply chain.

In March, Food Online discussed how Porcine Epidemic Diarrhea (PED) virus is affecting the nation’s pork supply spreading to at least 25 U.S. states, killing more than 4 million pigs in the process, according to the National Pork Producers Council.  This epidemic led to significant increases in the cost of pork, as wholesale-pork prices surged 18 percent last month, the most since April 2010. Prices are 28 percent higher than a year earlier, according to government data.

With the purchase and acquisition completion of yet another food manufacturer, Hillshire is positioning itself for improved profit margins by enlarging its grocery store footprint.  In an effort to reach outside of the deli counter, the company is branching out to other sections of the supermarket following the trend of consumers limiting how much meat they're eating along with the battle of rising meat prices.