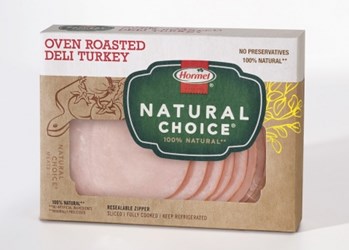 Recently, Hormel Foods launched a marketing campaign to promote the healthy benefits of its Natural Choice lunchmeats. The Hormel packaging highlights that the meats contain no preservatives, no added nitrates or nitrites and no artificial colors or flavors. But the real secret here is high-pressure processing (HPP).

Perhaps it’s not really a secret. HPP is a method of preserving and sterilizing food in which a product is processed under very high pressure, leading to the inactivation of most pathogens and some enzymes in the food. The concept of HPP (also called pascalization) has been around for more than a century. It’s only become commercialized for food processing in the last two decades. Now, it’s being used for a rapidly expanding variety of foods, such as fish, meats, juices, jellies, guacamole, salad dressing, yogurt and ready-to-eat meals.

“Because clean labels and food safety are paramount to consumers, high-pressure processing is a technology on the verge of exploding in the market,” says Lisa Pitzer marketing director of Avure Technologies, which, along with Hiperbaric, is one of two companies manufacturing HPP equipment. There is no standard definition for clean labels, but generally it refers to foods that are minimally processed, don’t use added chemicals, and are free of allergens.

However, one major barrier may be the high initial costs of the systems, which can reach $1 million and more including infrastructure improvements. However, Pitzer explains that when manufacturers consider factors such as elimination of preservatives, extended shelf life and reduced risk of product recalls, the capital costs might not be so daunting.

During HPP, packaged foods and beverages are exposed to water pressures of up to 87,000 lb/sq in. for short periods of two to five minutes. This pressure – estimated to be eight times greater than that in the deepest ocean trenches − leads to the inactivation of yeast, mold, and bacteria. Unlike most preservation processes in use today, HPP does not use high temperatures to kill pathogens. Those processes can destroy or diminish many of the nutrients within food. One big advantage of HPP is that it can dramatically extend the product’s shelf life, sometimes up to 90 days for products that might otherwise spoil in a matter of days.

With HPP, the processing occurs after the product is packaged. Other processes, such as thermal pasteurization, take place prior to packaging, which increases the chances of recontamination if a product such as the lunchmeats is handled for slicing before it is packaged.

Typically, the product is packaged in a flexible pouch or plastic bottle that is loaded into a chamber filled with a pressure-transmitting hydraulic fluid, which in most cases is water. A pump pushes more water into the chamber, transmitting pressure evenly through the package and into the food or beverage. Uniform pressure allows food to retain its shape in spite of the extreme pressures. After 3 to 5 minutes, the product is removed from the chamber and is ready for distribution through the cold chain. 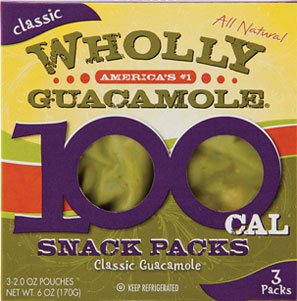 One of the first U.S. applications for HPP was in the treatment of guacamole. Wholly Guacamole, now a Hormel product, is the world’s largest user of HPP. It was found that this type of processing not only extended shelf life, but helped maintain or enhance some of the nutrients found in the food. Because the avocado fruit oxidizes and turns brown quickly once exposed, use of vacuum and modified-atmosphere packaging used in conjunction with HPP also helped control the color and turn premade guacamole into a hit among consumers.

Natural Choice lunchmeats and Wholly Guacamole continue to perform well for the company, says Kevin  Myers, VP of research and development at Hormel, adding that HPP also is used for other products the company sells through its food service division.

“This technology greatly adds to the ability to create products with a cleaner ingredient label. We do believe that these better-for-you products are resonating with consumers who are seeking products with these attributes,” he says. “It certainly gave us an early edge in the growing consumer trend of natural products with cleaner labels.”

Like many producers, Hormel highlights the product attributes rather than the process since most consumer are unfamiliar with HPP and may be leery about the use of high pressure. In another instance, many juices advertised as “all-natural” or “cold-pressed” often use HPP. 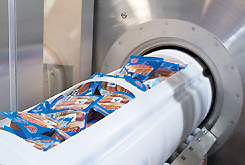 At this point, Hormel has HPP systems installed in four of its own manufacturing facilities and is using the technology in place at some of its outside partners.

In fact, a number of toll manufacturers around the nation are installing HPP systems. Marwan Moheyeldien, CEO of Maryland Packaging in Elkridge, MD, says his company recently installed one system and has another larger one on order. He says much of the capacity on the initial machine is sold out, and the company already has one contract from a large CPG for the next machine.

Because HPP is not an inline process, it can be used by large and small companies. Once the food  product is packaged, it can be delivered to one of the toll manufacturers where it is put through the process in batches.

Limits Exist On Foods That Can Use HPP

Hormel does point out that not all foods − such as bone-in meats − are good candidates for high-pressure processing. Foods with a high acid content work well. HPP is not used to make shelf-stable versions of low-acid products such as vegetables, milk or soups because the process does not destroy spores without added heat. However, it can extend the refrigerated shelf life of these products. Foods also must  contain water and not have internal air pockets that can be crushed.

Myers says some packaging structures are not optimal for clarity after going through HPP, so Hormel did change packaging on some items to enhance the visual appeal of the package.

Package sealing also is very important. High pressure exerts pressure equally on all sides, so if the package is sealed properly, it will not fail under pressure. The high level of pressure will identify poor package seals, which may not have been detected during the packaging operation. “This amount (of leaking packages) is very low overall, but if you end up with water in the product after HPP, these packages are easily identified and sorted out before product is shipped,” he says.