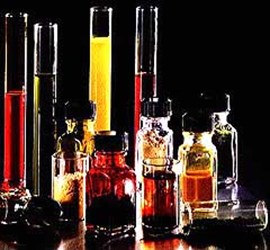 In an amazingly complete and enlightening report, the Natural Resources Defense Council is putting the FDA on notice

The Generally Recognized as Safe (GRAS) rule published under sections 201(s) and 409 of the Federal Food, Drug, and Cosmetic Act is again being challenged. The latest salvo is being launched by the Natural Resources Defense Council (NRDC), an environmental action group tackling some of the biggest environmental issues we face today. Ensuring food safety is just one of its priorities.

In a recent report, entitled, Generally Recognized as Secret: Chemicals Added to Food in the United States, the NRDC asks some tough questions of the Food and Drug Administration (FDA). For example:

In 1958, as a way to streamline the cumbersome process of FDA approval, approximately 800 commonly-used food additives, such as oil and vinegar, were exempted through GRAS. GRAS exemption relieved the FDA from formally investigating the additive for use; no formal public notice or comment for the rulemaking process was required. Food companies were originally required to file a “food additive petition” and to present scientific evidence of the additive’s safety in order to gain FDA approval. Furthermore, Congress recognized the need for one agency, the FDA, to make the determination for safety, except in cases where the additive was obviously “generally recognized as safe”.

Over time, and with the increase in the number of food additives, the law was conveniently interpreted to allow the manufacturers to determine a chemical or additive’s safety without the FDA’s or the public’s involvement. In the 1970s, the FDA realized more oversight was needed in regard to decisions concerning food safety, so manufacturers were asked to voluntarily submit “GRAS affirmation petitions”. These petitions were similar to the original food additive petitions that required FDA approval, though the new GRAS petitions had no statutory deadlines attached. Basically, it gave the FDA a chance to put their stamp on an additive and it provided the manufacturer the opportunity to say it was approved by the FDA. It also gave the public a sense of security, knowing the manufacturers and the FDA were working together to ensure food safety.

But then, when facing limited resources and a staggeringly steady increase in the number of GRAS petitions in the 1990s, the FDA was faced with a crushing backlog of GRAS reviews. In an effort to streamline, again, the 1972 GRAS petition process was replaced with a less formal review process; one that did not involve adopting regulations or mandatory FDA approval. The proposed rule, drafted in 1997, was informally adopted the following year, and companies began submitting voluntary notifications with summarized evidence of safety. The FDA would then issue a “decision” letter, which it maintains was not an “approval” letter, though the manufacturers often cited these decision letters as proof of FDA approval.

20 years later, in 2010, the Government Accountability Office (GAO) took a serious look at the GRAS program and found serious shortcomings.  Its 74-page report recommended the FDA strengthen its oversight of food ingredients determined to be GRAS.

The NRDC estimates approximately 1,000 chemicals are currently being added to foods, determined to be safe by the manufacturers who use them, and not subjected to a lengthy FDA approval process. In fact, a manufacturer who voluntarily submits a GRAS petition may withdraw it if FDA scrutiny is expected to reject it, and then proceed to legally incorporate the additive into their foods. Some manufacturers go so far as citing “trade secrets” for their hesitation to file a GRAS petition.

The NRDC’s investigative report is one of the most comprehensive of its kind to date. Pages 9 and 10 of the report highlight Gamma-amino butyric acid (GABA), Epigallocateching-3-gallate (EGCG), Theobromine and Sweet lupin protein, fiber and flour. Each of these has been declared GRAS by the firms utilizing them, though each has health concerns, ranging from allergic reactions to testicular degeneration in rats and rabbits. These are just four of the 398 chemicals marketed within the U.S. based upon GRAS determinations that have not been reviewed by the FDA.

It is becoming quite evident that GRAS is outdated and that this loophole must be closed. As more information comes to light, the inadequacies of the GRAS exemption program are evidence of an overall disregard for food safety. The Food Safety Modernization Act (FMSA) is a huge step in the right direction. However, the antiquated GRAS exemption rule is simply moving from one house to the next; not unpacking, not reorganizing, not even knocking the cobwebs off.