GRAS Is Contributing To A False Sense Of Food Safety 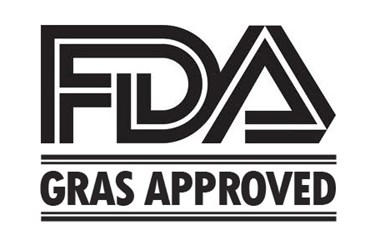 With an expedited certification process, GRAS, intended to help companies more quickly get their food products to market, may instead be putting consumers at risk

The FDA, in an effort to ease the certification of food additives, introduced legislation 56 years ago. The Generally Recognized as Safe (GRAS) rule was applied to a list of additives commonly used and known, by qualified experts, to be safe. In the 1970s, GRAS was amended to require manufacturers to submit a GRAS affirmation petition. This, however, was a labor-intensive process the FDA could not continue to maintain.

The newest evidence pointing to the FDA’s lack of oversight concerns Quorn mycoprotein, a fungus-based alternative for meat sold as Quorn brand meat substitutes. On its website, Quorn advertises that your “favorite meals are made healthier.” Consumers can join the Quorn Club and are urged to try Quorn if you’re watching your weight, looking for meat-free inspiration, or wanting to eat healthier.

Quorn is made from a fungus called Fusarium venenatum, and is fermented in the production process, resulting in a single cell mycoprotein with a consistency similar to meat. The liquid in the process is discarded; the solids become Quorn. The stringiness is described by a manufacturing representative as similar to that of chicken.

The problem stems from the fact that Quorn mycoprotein is on the GRAS list and, as a result, its safety has not been adequately investigated. According to the Center for Science in the Public Interest (CSPI), “The vat-grown, fungus-based product” should have been taken off grocers’ shelves years ago. The agency is in receipt of more than 2,000 reports from consumers regarding allergic reactions to Quorn. Victims of Quorn poisoning tell their stories here, while CSPI also cites medical evidence of its adverse reactions. Two deaths, one in California and the other in Sweden, “appear to have been caused by the meat substitute,” says CSPI.

Quorn is only one of the GRAS additives cited in a lawsuit filed against the FDA by the Center for Food Safety (CFI) in regard to the antiquated and questionable GRAS process. The suit calls for the FDA to finalize the GRAS rule, first proposed on Apr 17, 1997. The suit also points to the FDA’s violation of the Administrative Procedure Act (APA) in its delay and further holds the FDA’s delay responsible for posing “serious risks to human health and welfare.” CFI’s suit goes on to ask the court to vacate the proposed rule, applying the previous GRAS procedures, until and unless a new GRAS rule is implemented within the requirements of the APA.

Michael Taylor, the FDA’s Deputy Commissioner for Foods and Veterinary Medicine, admits, “We simply do not have the information to vouch for the safety of many of these chemicals.” But, isn’t that exactly what the GRAS process, as it currently stands, is doing?