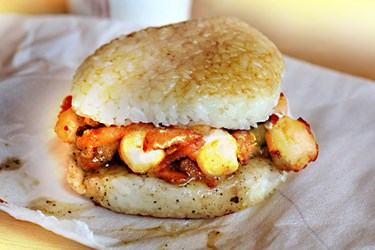 Northern California’s rice-farming industry just got a little extra boost, as Japan-based Shimnei announced on Oct. 25 plans to open its first U.S. facility in West Sacramento, CA. The new plant will be built on six acres in the city’s Southport Business Park with its opening scheduled for next June. The $10 million dollar plant will create around 100 permanent jobs initially, with an increase to nearly 500 permanent positions in the future.

Shimnei plans to obtain its products’ primary raw material, rice, from local farmers in the Sacramento region. The company will use the new facility primarily for its Rice Bun, which serves as a gluten-free substitute to traditional sandwich breads. The company’s Rice Bun is already sold in many markets across the globe including Australia, China, Indonesia, Korea, Singapore, Taiwan, and Thailand. “We will bring Japanese rice-processing technology to California,” says Mitsuzo Fujio, president of Shinmei U.S. “Our goal is to build relationships with the agricultural sector by collaborating with local rice farmers, integrating our Rice Bun product into the U.S. market, and streamlining our entire process from the beginning to the end.”

The Rice Bun’s debut into U.S. retail and food service markets couldn’t have come at a more optimum time. The trend of gluten-free diets is on the rise in the U.S., and food manufacturers are trying their best to capitalize on the opportunity. In addition to being gluten-free, the Rice Bun is free of genetically modified organisms (GMO), microwavable, and extremely versatile — coming in white and brown rice, organic and non-organic varieties with multiple flavors available.

West Sacramento — a major hub of freight by boat and train — is becoming an increasingly important location for international commerce. “West Sacramento has the location and transportation modes which provide businesses a foundation to succeed. From West Sacramento, businesses are producing and shipping products around the world,” the city’s Mayor, Chris Cabaldon says. “We are honored that Shinmei has chosen West Sacramento in which to locate its new U.S. headquarters and production facility.” Flipping the coin, West Sacramento will also be benefitting Shimnei and the most essential part of Japanese cuisine. “We hope that through our Rice Bun product, American people can enjoy rice, Japan's most treasured commodity, as a key part of their everyday meals,” says Fujio.