Genome Trakr Is A Food Safety And Traceability Game Changer 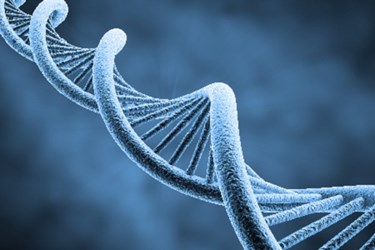 Food safety may have entered a new era with this new, exciting advancement guaranteed to elevate the safety of food and lead to bigger and better discoveries and technology

The FDA’s Technology Transfer program is responsible for ensuring that the scientific and technological discoveries made by government scientists are made available to private enterprise. According to the FDA’s Alice Welch, Ph.D., FDA scientists and researchers have been at the forefront of about 20 patentable inventions, annually, over the last few years. Technology Transfer also enables the FDA to collaborate with organizations and researchers, both outside and inside the government’s purview, in order to advance its regulatory mission. Partnerships are built in order to advance innovations that will ultimately protect the health of people and animals.

The Genome Trakr collaboration is one such example of forward-thinking, advanced science at work to trace foodborne pathogens and ensure the safest possible food supply. The Genome Trakr data base will make it possible to trace a foodborne pathogen back to its source more quickly and with more accuracy than the methods currently in place. Welch predicts this pathogen detection network will “transform” food safety.

Whole Genome Sequencing (WGS) has been hovering at the edge of food safety for a while. Excitement has built within the scientific community as the potential for practical, worldwide application has been realized. A year ago, European research suggested that DNA Barcoding might be the future of food traceability. There was actually no question as to its ability to do so; the questions regarding it were more along the lines of what the costs would be and if it would be a truly cost-effective solution.

Traceability, in an ever-expanding food supply chain, has become the red herring of food safety. There have been myriad examples of how traceability could have and will improve response time to foodborne illness outbreaks. This topic, out of necessity, has become a primary focus.  It has been stressed by the Food Safety Modernization Act (FSMA) and has been the behind-the-scene buzzword every time a foodborne illness outbreak occurs.

Consumers are demanding to know where and when their food comes from — this thirst for knowledge has sparked a huge debate over Country of Origin (COOL) labeling. Traceability has been the topic of hundreds of news articles regarding food safety and has resulted in surprising collaborations. Universities, health agencies, and the government have been waging a war against foodborne illnesses with numerous battles having been won. The war is still far from over, but the good guys are making significant headway.

Genome Trakr is being developed through the FDA’s Center for Food Safety and Applied Nutrition (CFSAN), the Office of Regulatory Affairs (ORA) and a host of other federal and state public health laboratories. Its goal is to isolate individual pathogens collected from environmental and food samples, and then compare them to pathogens collected from ill patients. This database will not only more quickly and accurately provide an assessment for the size and location of a foodborne outbreak —the process can potentially identify the single ingredient in a particular recipe that is causing the illnesses. This makes it possible to move more expediently to remove the contaminated food from commerce, meaning fewer illnesses, hospitalizations, and deaths.

Welch talks about the older testing methods and their limitations. She explains that the evolution of pathogens occurs so quickly that older methods cannot identify the unique genetic signatures required for effective traceability.  As the Genome Trakr database grows, it will be possible to say if a particular Salmonella strain is from the East or West Coast, or from Germany, for instance. As pathogen samples are collected, the entire genome sequence is uploaded to the database maintained at the National Center for Biotechnology Information (NCBI).  Since its inception in February of 2012, genome sequences have been added for more than 11,000 individual isolates, with impressive results. In early 2014, Genome Trakr was used to match food and environmental samples with human biological samples, confirming the source of a Listeria outbreak.  It is easy to imagine that the Jensen Farms Listeria outbreak that killed 29 in 2011 could have been halted even faster than it was. In one of the fastest investigations ever, it only took 10 days from the first case to trace back to Jensen Farms, considered, at the time, to be a record.

Last fall, the FDA’s WGS project, in collaboration with CFSAN, NCBI, and the Association of Public Health Laboratories (APHL), won the 2014 Health and Human Services (HHS) Innovates award competition.  The Centers for Disease Control and Prevention (CDC) has produced a video called, Whole Genome Sequencing:  The Future of Food Safety, which details real-time surveillance of Listeriosis utilizing WGS. This is an exciting time for food safety.  This technology and its potential to save lives is one of the greatest innovations the food-processing and manufacturing industry has ever seen.