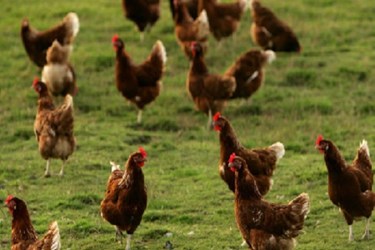 Driven by factors including consumer awareness, improving animal welfare, and potentially reducing the rapid spread of disease — most recently, the avian flu — General Mills joins other U.S. food manufacturers in pledging to eliminate eggs from caged hens in its supply chain.

As part of an ongoing effort to improve animal welfare standards, General Mills has announced it will commit to using 100 percent cage-free eggs. The company uses eggs in a wide range of products, and states, “Eggs are an important ingredient in many of our products, and we strive to ensure that the hens laying these eggs are treated humanely.”

Although the company has made a public commitment, the change could take time. General Mills explains, “We commit to working toward 100 percent cage free eggs for our U.S. operations. We recognize that the current avian influenza outbreak has been deeply disruptive to the U.S. egg supply and producers. As the industry works to rebuild its supply chain, we will work with suppliers to determine a path and reasonable timeline toward this commitment.”

In general, the industry is moving toward cage-free and free-range egg production, partially due to data showing that cramped living conditions for the birds promotes the spread of filth and disease. In the most recent outbreak of avian flu, caged chickens were hit much harder than cage-free chickens since the disease can rapidly spread throughout a battery cage facility.

Although legislative change is happening, it is occurring at a slow pace, with California and Michigan being the only states to successfully introduce laws to phase out the use of battery cages. However, despite the lack of legislative change, several major U.S. companies, such as Walmart, Kellogg, Nestlé, Starbucks, and Dunkin’ Brands, have signed pledges to cease the use of battery cages in their production lines.

Despite the fact that the recent avian flu outbreak has been greatly disruptive to the domestic egg supply, it may act as a catalyst for industry change in the face of rising prices for conventional eggs and poultry. According to Human Society president and CEO, Wayne Pacelle, “As the egg industry considers its productions strategies in light of the impact of bird flu on cage confinement facilities, there’s an opportunity for the industry to pivot away from caging hens altogether and make the transition to high-welfare, cage-free systems.”

Although the investment necessary to make such changes may act as a deterrent for some companies, growing concern among American consumers regarding the welfare of animals may make the changes well worth it. In a 2014 poll, 56 percent of Americans stated that they would be willing to pay higher prices to know their eggs came from hens that are given enough living space to stretch their limbs.

As more major food producers continue to make pledges to shift away from using eggs that come from caged hens, egg producers throughout the country will face pressure to switch their practices. While change may happen slowly and will likely be a gradual process, the shift away from battery cage facilities may serve to stifle the severity and impact of the next disease outbreak.