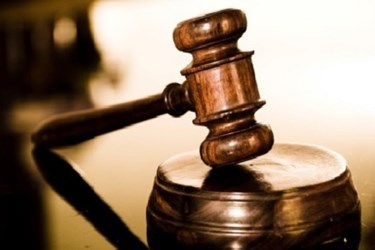 On Tuesday, Jan 28 a federal judge sentenced the former owners of the farm directly linked to a Listeria outbreak in 2011. Eric (33) and Ryan (37) Jensen will face a five year sentence of probation, six months of home confinement, and $150,000 each in restitution fees to the victims.

The brothers owned Jensen Farms in Colorado where they grew and sold cantaloupes. Colorado is an ideal location for cantaloupe farming due to hot sunny days and cold nights, giving the fruit its distinct sweetness. In 2011, the brothers’ farm produced cantaloupes that caused one of the deadliest foodborne illness outbreaks in U.S. history. All in all, 147 people were sickened with Listeria from Jensen Farms’ cantaloupes, with more than 30 of those victims losing their lives.

The case has gone down a long and winding road to reach sentencing. In late-September of 2013, the brothers surrendered themselves to U.S. marshals, pleading not guilty to six federal misdemeanor charges. By mid-October 2013, the brothers began singing a different tune, requesting a hearing to change their plea. In late-October of last year, the brothers had filed a civil case against the auditor who the brothers claimed “failed to notice safety problems and giving the farm a “superior” rating” just one month prior to the 2011 outbreak.

Flash forward to late-January, 2014 and the Jensens arrive at sentencing. The Jensen Farms case has been momentous in foodborne illness trials. The case has become one of the first where farmers face criminal charges for their role in producing contaminated food. Some followers of the case feel the Jensens should face jail time for their crimes and damages to victims and their families. Others, including prosecutors, felt probation, house arrest, and fines were a more suitable punishment as there were no malevolent intentions that led to the outbreak.

Eric and Ryan Jensen were facing a maximum sentence of six years in jail and fines totaling $1.5 million each on six accounts of bringing contaminated food into interstate commerce. Despite the enormous maximum penalty, earlier this month government prosecutors recommended a lower sentence of five years probation.