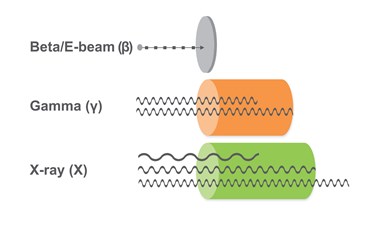 Food irradiation has proven to be a safe and effective non-thermal process for enhancing food safety and extending shelf life of a wide variety of foods. Nearly 50 countries have approved or allow food irradiation, although the foods and doses can differ by country. Gamma irradiation technology was patented more than a century ago (in 1906) and has been one of the first non-thermal technologies thoroughly tested, validated, and adopted by medical and food industry over the past 60 years. Despite this, there is a lot of misunderstanding and concerns associated with the consumer acceptance, transport, storage, occupational hazards, and disposal of radiation sources.

Gamma rays from radioactive nuclides, energetic electrons from particle accelerators, and X-Rays emitted by high-energy electrons are suitable kinds of radiant energy because all of these three ionizing energy sources can produce similar effects in any irradiated material. High-energy electrons, gamma and X-Rays can kill or inactivate bacteria, spores, fungi, and insects by breaking molecular bonds in microbial DNA. Irradiation is also often referred to as “ionizing radiation” because it produces rays or particles strong enough to dislodge electrons from atoms and molecules, and thereby converting them to electrically charged ions. Other terms commonly used for irradiation are “cold pasteurization” and “irradiation pasteurization” or “irradiation sterilization.” The term “electronic pasteurization” has been coined for e-beams and X-Ray technologies with the added benefit that the electronic source stops radiating when switched off.