Food Fraud — The Most Frequent Culprits 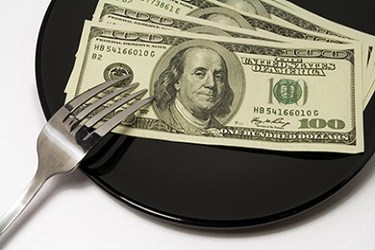 When people speak about fraud, thoughts of deceit, dishonesty, corruption, and many innocent people losing their hard-earned money often come to mind. While Hollywood may romanticize this idea in films like The Wolf of Wall Street and Catch Me If You Can, there is a much less glamorous and more frequently occurring notion of fraud occurring to consumers every day.

According to the Food Fraud Database (FFD), food fraud is the “deliberate substitution, addition, tampering, or misrepresentation of food, food ingredients, or food packaging, or false or misleading statements made about a product for economic gain.” This occurs in many food and beverage products purchased every day and many consumers aren’t even aware of it. The following products are commonly subject to fraud:

Olive Oil
According to tests performed by the University of California, nearly 70 percent of all extra virgin olive oils purchased from retailers in the U.S. are most likely tampered with. U.C. Davis released two studies analyzing almost 200 samples of extra virgin olive oil against standards the International Olive Council (IOC) created, in addition to techniques used in Australia and Germany. Nearly 75 percent of the top-five selling extra virgin olive oil brands in the U.S. failed to meet the standards of IOC, as judged by two of the council’s sensory panels. A simple search for olive oil on FFD shows olive oil is often diluted with other oils such as soybean oil, corn oil, sunflower oil, walnut oil, and sesame oil.

Honey
The sweet yellow food created by bees is one of the most commonly mislabeled foods, representing almost 10 percent of all cases of food fraud. In fact, a 2012 study found that 75 percent of U.S. store-bought honey contained no traces of pollen. The product was still made from bees, but food regulators were unable to find the honey’s source. Further testing revealed that nearly 33 percent of counterfeit honey was imported from Asia and was contaminated with antibiotics and lead. According to FFD, honey contains many added ingredients, including: sucrose syrup, partial invert cane syrup, corn syrup, high-fructose corn syrup, and beet sugar among other additives.

How to minimize counterfeiting and boost plant performance

Milk
FFD shows milk is one of the most adulterated food items. Milk is often laden with added, unhealthy, and sometimes even illegal ingredients such as melamine, formaldehyde, urea, hydrogen peroxide, machine oil, detergent, caustic soda, starch, dirty water, fat from cows, and lard from pigs.

Orange Juice
Even though the label may read, “100 percent orange juice,” it might be orange juice and a plethora of other things. Juice is squeezed from the fruit and stored in giant kettles. Once in the kettles, processors begin removing oxygen from the liquid which allows the shelf life of the juice to be extended by up to one year. However, by removing oxygen from the juice, the natural flavor of the juice is compromised. This presents quite a conundrum. In order for the adulterated orange juice to taste like unadulterated orange juice again, processors will employ fragrance and flavor making businesses to make the oxygen-deprived orange juice taste like oxygen-rich OJ once again. Again, by searching orange juice through the FDD, and abundance of extra ingredients are found.

This list just scratches the surface of products that are frequently subject to food fraud. Consumers concerned with the authenticity of their consumables and hoping to avoid unnecessary, sometimes harmful ingredients, are encouraged to buy whole, unprocessed foods. If that is unavoidable, the next best option is to buy trusted, well-known brands. After all, food makers have a lot to lose should they be found guilty of mislabeling or food fraud.