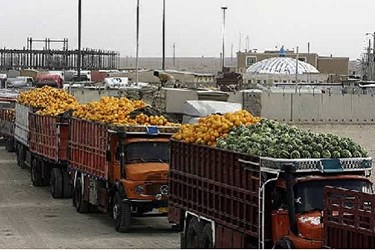 The FDA, in its continuing effort to prevent food borne contamination, has proposed regulation implementing the seventh and final major rule to the central framework of the FDA’s Food Safety Modernization Act (FSMA). As part of the Sanitary Food Transportation Act of 2005, FSMA saw renewed commitment in 2011, spearheaded by President Obama.

“This proposed rule will help reduce the likelihood of conditions during transportation that can lead to human or animal illness or injury,” says Michael R. Taylor, the FDA’s deputy commissioner for foods and veterinary medicine. “We are now one step closer to fully implementing the comprehensive regulatory framework for prevention that will strengthen the FDA’s inspection and compliance tools, modernize oversight of the nation’s food safety system, and prevent foodborne illnesses before they happen.”

The proposition, aimed at regulating rail and truck transporters of food for human and animal consumption, includes a plan for execution dates based upon the shipper’s, carrier’s, or receiver’s size, with compliance expected within one to two years following publication of the final rule.

Those foods identified as having the highest risk for contamination, such as fresh produce in vented boxes, refrigerated and frozen foodstuffs, and any food being transported in open containers will trigger inspection of the vehicles for cleanliness prior to loading. Additional criteria will establish proper refrigeration and the protection of food during the entire transportation process. The proposed regulation will also provide for cleaning transport vehicles between loads for any food being distributed and consumed within the United States.

Exempt from the proposed regulations will be those involved in the supply/transportation chain with less than $500,000 in total annual sales and food that is shipped through the U.S. to another country, i.e.: food moving from Mexico directly to Canada. Additionally, the rules would not apply to food being imported for future export, as long as none of it is being consumed or distributed within the U.S. These regulations will provide exemptions for live food animals, shelf-stable, fully-packaged goods, and raw agricultural commodities being transported by farms.