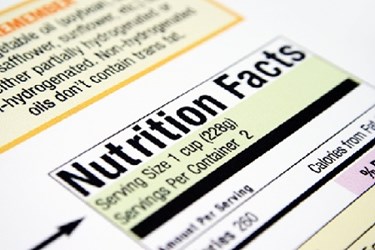 In a 31 page report filed with the FDA, the American Bakers Associate (ABA) and Retail Bakers of America together spoke concerns around the agency’s proposed changes to the Nutrition Facts Panel. The joint effort is asking the FDA to revise the planned definition for dietary fiber, reevaluate declaring added sugars to the label, and extend the compliance time for the upcoming Nutrition Facts Panel revamp. The report also asks the FDA to make sure the final drafts are defended by peer reviewed and published science using a clear process and that the new nutrition facts are easy for consumers to understand.

The ABA’s concern regarding the proposed definition of dietary fiber is that the definition, in its current state, could potentially impact and put limitations on what is dietary fiber, according to the nutrition window. The FDA’s use of “intrinsic and intact” in the definition eliminates usage isolated, extracted, and man-made fibers. All of these are widely used by food makers. The ABA recommends the FDA include plant-based dietary fibers that are separated or removed from plants in the final definition.

Further, the ABA says the FDA’s proposal for declaring added sugars has “serious (if not fatal) procedural defects.” Not based on evidence, the FDA agreed there was lacking scientific accord — cost-benefit analysis and consumer research lacking commenting — regarding the effects off added sugar on consumer health. The ABA believes the FDA lacks the authority to mandate an added sugars declaration. If added sugars were to be included on the Nutrition Facts Panel, the ABA believes it should be a voluntary, not mandatory, action and should be defined in accordance with existing definitions of sugars. As written, the proposed rules would require “sugars” to be written as “total sugars” to allow consumers to fully grasp that added sugars are part of the whole. The ABA believes this to be, “unavoidably overstated and therefore plainly false and misleading” and will be “extremely challenging, if not impossible” for food makers to determine reductions in added sugars.

Finally, the ABA believes that if all changes to the Nutrition Facts Panel become reality, entire packaging and labeling schemes would have to be completely redesigned and reprinted. According to the ABA’s internal survey, packers and printers wouldn’t have the ability to make required changes across most packages and labels. “The baking industry would need a five-year implementation time to implement the proposed changes to all current products,” says the ABA. “…This extension will allow industry to conduct the necessary analysis and make the changes required under the final rules.” In addition to more time, the extended period would also allow manufacturers to stretch out costs for each product — somewhere between $250 and $6,000, depending on the product, according to the ABA.