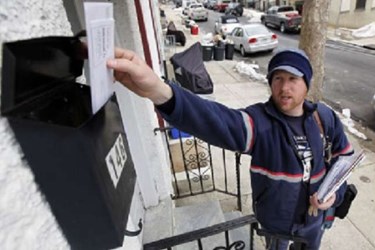 The letters, which were sent to food manufacturers in Pennsylvania, New York, Kentucky, Missouri, and Puerto Rico, identified mishandling of food products, improper drug administration, and numerous other regulatory violations; companies must outline specific steps to address the issues within 15 working days

Gourmail of Sharon Hill, PA received notice from the FDA on May 22 that during inspection on April 30 and May 1, inspectors found “significant violations” of the agency’s Current Good Manufacturing Practice (CGMP) regulations. Ceilings in the facility are not constructed to be adequately cleaned and kept in good repair to prevent drip or condensate from contaminating food or equipment. Additionally, inspectors noted roof water dripping from an exhaust vent onto a kettle lid in the ready-to-eat airline meal production area.

Shawn & Yvonne Bender dairy farm of Glenfield, NY was sent a warning letter on May 22 indicating violations of the Food, Drug, and Cosmetic Act (FD&C). When inspectors visited the dairy operation on March 11, 17, and 28, they found that an animal had been offered for sale that was later discovered to be adulterated by having cefazolin, an antibiotic, present in its kidney tissues. According to the letter, the “FDA has not established a tolerance for residues of cefazolin in dairy cows to be processed for human food.” The dairy producer also fails to have a system in place to control administration of drug treatment to animals, does not maintain complete records, and did not use a human drug as directed by its approved labeling.

Jack Hall Farm of Grayson, KY received a letter on May 22 informing the dairy producer of several FD&C violations. An animal that was sold on or around June 26, 2013 was adulterated by having desfuroylceftiofur (a marker residue for ceftiofur) and penicillin in its tissue. In addition, the FDA states that the farm fails to maintain complete treatment records and did not use a new animal drug, Excenel RTU, as directed, resulting in “an illegal drug residue.”

On May 13, Louisa Food Products Inc. in St Louis, MO was sent a letter noting “serious violations” of hazard analysis and critical control points (HACCP) and CGMP regulations. The seafood processor does not have a HACCP plan, which renders its products adulterated. Specifically, lobster, shrimp, and scallops containing pasta did not have the food safety hazards of pathogen growth and toxin information identified. Further, metal fragments were discovered in products containing chopped vegetables and some products contained undeclared allergens.

HACCP — What You Need To Know

Maharaja Food Importers was sent notice on May 13 that during an April 11 through 15 visit, inspectors found serious HACCP violations at the company’s seafood importer processing facility in Ridgewood, NY. The company was told that if fish or fishery products are not processed under FD&C standards, they will be denied entry. In addition, Glass-packed pickled tuna in oil, which was marketed as shelf stable, did not receive an affirmation processing step, thereby rendering them adulterated.

The FDA sent a letter to Empresas Barsan of Cataño, PR on May 6 informing the company that inspectors had checked its seafood, turnovers, and corn sticks manufacturing facility from January 17 through February 5 and discovered HACCP and CGMP violations. The letter states, “your products (tacos dough and shells, pizza flavored turnovers, seafood tacos, and corn sticks) are adulterated, in that they have been prepared, packed, or held under insanitary conditions whereby they may have been rendered injurious to health.” The FDA informed the company that it must conduct a hazard safety analysis for each type of fish and fishery product produced at the facility to determine the likelihood of food safety hazards occurring.