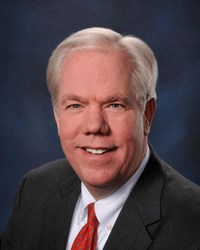 Erie, PA—Charlie Ingram, Eriez® Vice President of Sales and Marketing, has been named to the Board of Directors of the Manufacturers’ Agents National Association (MANA). According to MANA President Charley Cohen, Ingram is the first manufacturer to serve on the MANA board since its founding in 1947.

In his time with MANA, Ingram has served as a presenter and panelist for MANA at events such as Keystone, MANAFest, Teleforums and Manufacturer Seminar. He has also written numerous articles for MANA’s Agency Sales magazine. In 2013 he launched a one-year Eriez-sponsored membership to MANA for all Eriez representatives.

Ingram has degrees in political science and history from Denison University and a certificate in advanced management from the University of Tennessee. Charlie and his wife Emily live in Fairview, PA, and have two adult children who live in the Chicago area.