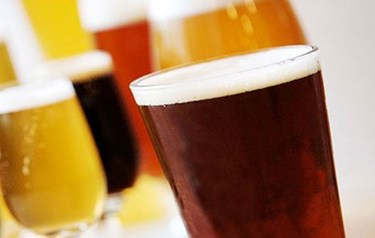 In 2015, Deschutes Brewery, the seventh largest craft brewery in the United States, had a problem. During the cooling phase of the brewing process, temperatures were spiking in a new class of fermenters, an anomaly that could potentially reduce capacity potential and affect the quality and flavor of their beers. Luckily, Deschutes had a secret weapon: the PI System.

The new class of fermenters were large, holding 31,000 gallons and taking seven brew batches to fill. Loading just one of these batches into the fermenter was a two hour process, and the fermenters had three temperature gauges – one just above the bottom cone, one in the middle, and one at the top – to control three independent temperature zones.

During the cooling phase of brewing, the brewers have to decrease the temperature from 60 degrees Fahrenheit to just below 30 degrees. As the temperature drops, yeast cakes at the bottom of the fermenter. Brewers often pull this yeast to reuse in future batches. However, when Deschutes started to pull yeast from the new fermenters, the temperature spiked in the top temperature zone. This spike increased the cooling time for each fermenter, which increased overall brewing time and reduced capacity.

Deschutes contemplated capital upgrades. First, however, the company decided to see if they could use the operational data collected by the PI System to shorten the cooling phase while maintaining beer quality.