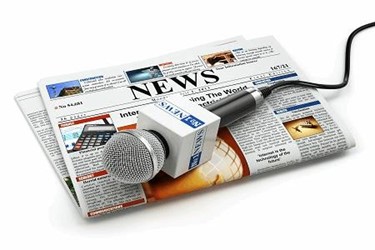 Current events outside of the food realm can have a lasting impact on how the food industry approaches business. At the 13th Annual North American Summit On Food Safety, Miriam Maxwell, senior principal regulatory scientist, corporate scientific and regulatory affairs at Ocean Spray Cranberries offered her insights into some current world and U.S. events and how they’re impacting the food industry.

What's Going On In Washington?
This is a question the food industry is always asking, but no one — excluding those in the White House and Congress — really has any concrete information to relay. What we do know is there is a lot going on, especially around talks of deregulating and defunding the FDA. While there may be some truth to those rumblings, the fact remains: The president alone can’t change laws without the cooperation of the House of Representatives and the Senate. “The FDA is not going away,” says Maxwell. “Any change to the agency has to be passed by Congress.” However, Maxwell does see some major changes to how the FDA conducts its business. “Based on what I've seen in the past, most likely, the new FDA commissioner is going set new enforcement priorities because the FDA’s budget will be reduced by a Republican-controlled Congress,” argues Maxell. Decreased FDA funding could have many negative consequences, including reduced staffing, longer wait times for facility inspections, and “pay-for-use” initiatives.

Even if decreased funding to the FDA does happen, Maxwell believes FSMA is will remain a driving force in food safety. “FSMA is not going to be repealed,” says Maxwell. “FSMA is already in the books as law. It’s not a statue, it’s a law; it’s very easy to repeal statues. It’s very difficult to repeal laws.” Further, FSMA is an important part of global trade. The U.S. got off to a great start with meat and poultry food safety directives, as well as seafood and juice HACCP, but then U.S. food safety efforts fizzled. FSMA is what helps the U.S. regain its foothold in food safety.

This is a huge task, as regulations can't simply be deleted from the federal code. Further, because the new law expressly preempts state regulation on genetically-modified labeling, no state can step in and fill this regulatory void. “Not even massive California can do this,” says Maxwell. “For the time being, states cannot come up with their own genetically-modified labeling laws. That's simply not going to happen.”

Maxwell believes, when push comes to shove, the USDA is going to be delayed beyond the July 2018 deadline to create the law for labeling genetically-modified foods. “We’ve seen these delays in the past — FSMA rules were delayed until after court orders came out and the FDA had to negotiate recommitted dates,” says Maxwell. “I think this is probably going to happen with the USDA.”

FDA Nutrition Labels
The deadline for major food companies to comply with the FDA’s new nutrition label standard is quickly approaching — July 2018. Food safety and quality professionals should be concerned with this regulation as it dictates how you delegate and quantify labeling on your products. But, with the deadline looming, there have been requests to align the new nutrition labels with the genetically-modified foods labels. “Officially, the FDA has said nothing on this,” says Maxwell. “But, unofficially, aligning the two new labeling regulations makes complete sense. It gives food companies the opportunity to make major changes all at once rather than in separate phases. I believe the new FDA commissioner has expressed a willingness to postpone the deadline.” If that doesn’t happen, it would make sense for the FDA, with presumed limited resources, to announce an enforcement delay for a year, perhaps longer.

On the other side of the coin, most food recalls in the U.S. are due to pathogen contamination and improper allergen labeling. Recognizing other countries’ food safety systems is going to help address that issue. “The system recognition is going to really help the FDA focus more on potential risks with plans to open frequency of inspection,” says Maxwell. With that in mind, food companies should be sure their facility is registered with the FDA and update any necessary contacts internally, as well as with the agency.

However, there is still work to be done in food safety systems recognition. The U.S. and the E.U. applied for a comparable food safety systems review. However, based on what’s happening in farms in both places, both are still too far apart for official recognition. But, Maxwell is hopeful this recognition will be completed, but it could take a significant amount of time. “When I look at the E.U.'s laws versus the U.S.’s laws, they are comparable, but they're not quite the same,” says Maxell. “It's going to take a lot of discussion, I think, over how to share information and align systems properly.”

These initiatives seem to be steering China in the right direction, but Maxwell believes the full overhaul is going to make a lot of time. “I would guess the enforcement of food safety you see in China is first going to be apparent in products coming into China,” says Maxwell. “I would not rely on China using these rigors for their exported products and raw materials. This is going to take a great deal of time and a culture change.” Many food companies buy raw materials from China, create products domestically, and export them overseas, including back to China; this will affect many food makers in imports, as well as exports. “I don't want anyone to be under the false pretense of, ‘China really has it figured out’ and there aren’t problems,” says Maxwell. “While the plan is there, and a lot has change in China since 1980, a lot more needs to change.”