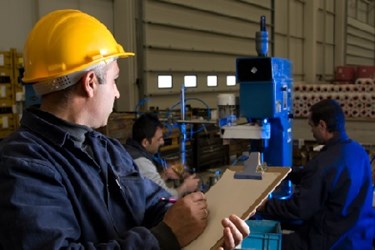 Safety breaches at ConAgra’s Columbus, OH flour mill are the subject of the largest fine the food manufacturer has faced since 2009

The maker of many of consumers’ favorite food brands is facing penalties totaling $117,000 after a Sept 2013 inspection of the company’s Columbus, OH flour mill was found to have 13 safety violations. Most of these violations are related to machinery not having the proper protection and guarding.

Omaha, NE-based ConAgra has been cited for comparable problems at some of its other facilities, leading to three of the company’s Columbus-based plant’s safety breaches — lack of machine guarding on horizontal shafts in the flour mill, failing to provide all required information on OSHA injury and illness logs, and exposing workers to falls greater than seven feet — to be considered repeat violations, says U.S. Department of Labor’s Occupational Safety and Health Administration (OSHA). The same violations were found at ConAgra facilities in Cranbury, NJ in 2011, Turner Fall, MA in 2010, and Carol Stream, IL in 2009.

OSHA also states that 10 of the violations found in Columbus, OH were considered serious. Inadequate machine guarding in work areas near moving parts accounted for seven of these violations. “Lack of machine guarding can lead to amputation and other serious injuries,” says Deborah Zubaty, an OSHA official in Columbus, OH. “Employers cited for repeat violations demonstrate a lack of commitment to employee safety and health.”

According to ConAgra spokeswoman Becky Niiya, the company’s graining business has an “outstanding safety record.” Niiya continues, “While there have been no employee injuries related to the citations, we’re working closely with OSHA to review the agency’s findings as part of our commitment to maintaining a safe, secure work environment.” In regards to the repeat violations, “We have and we will continue to examine and enhance our safety processes,” says Niiya.

ConAgra has 15 days to determine if the OSHA findings are worth contesting. ConAgra has not yet decided if it will contest the findings, but the company has a few options. It can ease the violations by paying proposed fines. ConAgra can also contest the findings with a scheduled informal conference where representatives from the company will present evidence supporting necessary changes have been made addressing the violations.