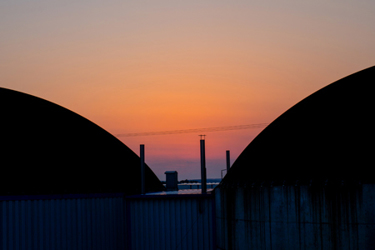 Inspired in part by California’s Senate Bill 1383, which was enacted to reduce organic waste and methane emissions, co-digestion is fulfilling those goals while converting wastewater treatment plants into water resource recovery facilities.

With each passing year, the effects of climate change become harder to ignore. The U.S. West Coast has borne the brunt of many such effects: Scientists continue to connect drier, windier, and warmer climates to the ever-increasing number of wildfires observed, especially in California. In the past year alone, the state experienced over 9,200 wildfire events that ravaged close to 4.2 million acres of land — 26 times the total acreage burned in 2019 — prompting Governor Gavin Newsom to describe the devastation as a “climate damn emergency.”

To protect the state from the reverberating ecological, economic, and health consequences of climate change, California passed several aggressive environmental policies, one of which is Senate Bill 1383 (SB 1383). Adopted in 2016, this bill establishes specific targets and timelines to reduce the level of organic waste disposed of in landfills and, thus, reduce methane emissions statewide.

When organic materials in landfills decompose, they release greenhouse gases (GHG). While carbon dioxide (CO2) is widely known as the most abundant GHG, its runner-up, methane, is a short-lived climate pollutant that is approximately 25 times more powerful than CO2 in terms of its warming effect on the atmosphere.

The majority of California’s methane emissions come from the production and transport of fossil fuels and agricultural practices; however, at least 20 percent is generated from decomposing organics, particularly food waste, which makes up 18 percent of the state’s municipal solid waste (MSW) and 30 percent of its total organic waste. To effectively reduce emissions from this source, SB 1383 set two primary targets: 1) divert 75 percent of organics away from landfills by 2025 and 2) ultimately reduce methane levels by 40 percent (relative to 2013 levels) by 2030.

Here are all the reasons why utilities in California (and other states) are choosing to incorporate co-digestion into their WRRFs. 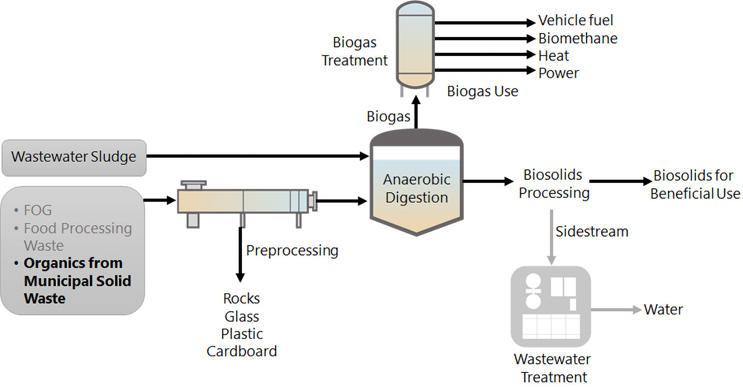 Co-digestion’s promise is simple: Food waste in landfills releases large amounts of methane, so divert it for anaerobic digestion and, in turn, produce renewable energy and soil nutrients. In this way, co-digestion and the beneficial reuse of its byproducts go handin- hand.

In 2017, Californians disposed of 37.5 million short wet tons in MSW to landfills, of which 18.1 percent or 6.8 million short wet tons consisted of food waste. Translated into methane emissions, this amount of food waste generates approximately 8.6 million metric tons of CO2 equivalents (MTCO2). Again, SB 1383’s ultimate goal is to reduce this value by 40 percent, or 4 million MTCO2, by 2030.

The California State Water Resources Control Board (State Water Board) received a grant from the U.S. EPA to analyze co-digestion capacity at WRRFs in California, and subsequently selected Carollo Engineers, Inc. to conduct the study. The team projected per-capita food waste in 2030 and analyzed whether or not municipal WRRFs in California have the capacity to co-digest these quantities as well as dewater resulting biosolids and beneficially use biogas. The projections considered population growth by county and a 10 percent decrease in per-capita waste generation, which has been on-trend with consumer behaviors since 1999.

The report went on to estimate that if the statewide use of existing digester capacities were maximized to allow diversion of the 3.41 million wet tons for co-digestion and beneficial use of biogas, greenhouse gas emissions would be reduced by up to 2.4 million MTCO2E — 60 percent of the state’s goal to reduce landfill emissions by 4 million MTCO2E in 2030. 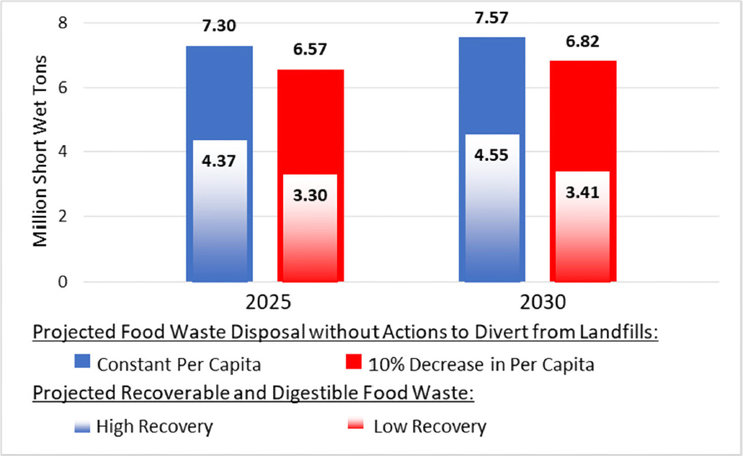 Figure 4. Food waste projections and anticipated recovery in 2025 and 2030

This isn’t to say that WRRFs can immediately begin accepting food waste: As can be seen in Figure 5, most WRRFs in California lack the ancillary processes — organic waste receiving and biogas conditioning, utilization, and flaring — required for co-digestion and the safe, beneficial reuse of biogas. Only seven WRRFs currently have or will soon have all the necessary system components, and even these have limiting processes that hold down the collectively receivable quantities of food waste to approximately 118,000 short wet tons per year.

With that said, if appropriate investments were targeted to increase these processes’ capacities to match those of the digesters, these seven WRRFs alone will be able to accept between 846,000 and 2.2 million short wet tons of food waste per year. That’s 25 to 64 percent of what the state expects to see in food waste through the next decade, a considerable portion of SB 1383’s target to divert 75 percent of organic waste from landfills in 2025.

Reducing Methane Emissions Through Co-Digestion Can Produce Revenue For WRRFs

Now that investments have been mentioned, how much will it cost to construct or expand the ancillary infrastructure needed for co-digestion, and is it worth it?

The State Water Board’s report estimated the statewide costs for co-digestion under two scenarios: 1) Using the conservative estimate of California’s anaerobic digestion capacity for 2.4 million short wet tons in diverted food waste per year and 2) maximizing the use of digestion capacity to handle all 3.4 million short wet tons of recoverable food waste projected to be generated in 2030. Results showed that, to maximize co-digestion and beneficial reuse potentials, the state must invest between $968 million and $1.44 billion in capital costs and between $98 million and $138 million in annual O&M costs for Scenario 1 and Scenario 2, respectively.

While the benefits of co-digestion seem apparent, whether or not it makes sense for every WRRF must be carefully evaluated on a case-by-case basis.

According to Carollo’s sensitivity analyses of various biogas utilization options, California’s renewable energy incentives currently encourage CNG/RNG-based options. However, cogeneration remains the best and most viable option for many utilities. If the state’s WRRFs were to split biogas use equally amongst the three primary biogas end uses and make full use of the currently available revenue streams, they could anticipate a statewide annual revenue of $278 million per year under Scenario 1 and $393 million per year under Scenario 2 — figures that are much greater than estimated statewide O&M costs.

According to these estimated capital and operating costs as well as the potential revenue streams, the simple payback period for the state on these investments for co-digestion would be less than six years.

Is Co-Digestion Right For Your WRRF?

While the benefits of co-digestion seem apparent, whether or not it makes sense for every WRRF must be carefully evaluated on a case-by-case basis. Especially when it comes to finances, the State Water Board’s report clearly states that large and medium WRRFs can expect to see the most returns on investments. Still, the economics of a co-digestion project at any WRRF, regardless of size, will be heavily influenced by its specific operations and conditions, biogas and biosolids management strategies, and volume of food waste accepted as well as the ebbing and flowing value of tipping fees, renewable energy prices, and renewable energy credits (e.g., RINs, LCFS, Self-Generation Incentive Program).

To get a general idea of the costs and revenues that a WRRF could accrue by implementing co-digestion, consider this example: A large WRRF with anaerobic digestion decides to expand its ancillary processes to co-digest 45,000 short wet tons of diverted food waste per year. To do so, the utility would invest an estimated $22.4 million in capital costs and $1.8 million in annual O&M costs. In turn, through tipping fees and credits associated with CNG/RNG for vehicle fueling, it could earn an estimated revenue of $7.3 million per year.

Figure 7. Summary of estimated costs and revenues under Scenarios 1 and 2

Figure 8. Summary of estimated costs and revenues for an illustrative facility

This is, of course, the paragon. And although achievable, every WRRF must weigh the following key factors that either facilitate or impede co-digestion before taking the leap toward implementation:

Carollo’s extensive decision-support tool can help WRRFs decide whether co-digestion is right for them. This tool is readily available within the State Water Board’s report appendices, the first part of which is shown in Figure 9.

The Future Of Co-Digestion In California And Beyond

Co-digestion is now an established process that allows municipal WRRFs in California to play an integral role in reducing statewide methane emissions, thus meeting the objectives of SB 1383 and other GHG-reduction mandates. Already, several small, medium, and large WRRFs in populous regions of the state are operating or are in the process of planning full-scale food waste co-digestion efforts. Six of these facilities are presented as case studies within the State Water Board’s report to help other utilities now understand how to successfully implement a sustainable co-digestion program. 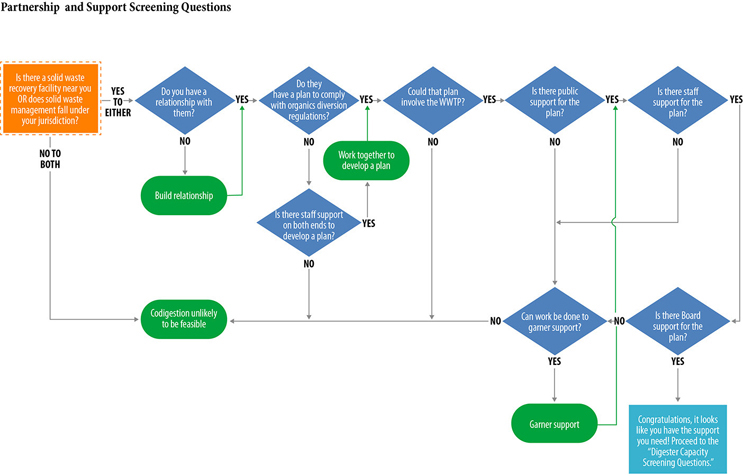 As more states set targets to reduce GHG emissions in the coming years, co-digestion can be expected to take center stage on a national scale. For its successful adoption and long-term financial viability, the wastewater industry must work closely with municipalities and state and local regulatory agencies to incrementally tackle challenges that WRRFs will face and leverage the full potential of existing assets to co-digest. 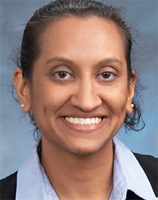 As a vice president and project manager with Carollo Engineers, Rashi Gupta has specialized in delivering sustainable solutions for biosolids management and wastewater treatment throughout her 17-year career. She obtained her BS in Civil Engineering from the University of California, Davis, and her MS from the University of Texas at Austin. Gupta is a licensed civil engineer in California and serves as Carollo’s national biosolids technology integration lead. She is a member of the WEF Residuals and Biosolids Committee, where she serves as the chair of the Solids Separation Sub-Committee.