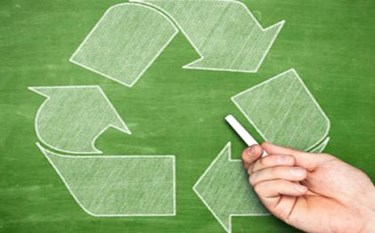 Cargill’s meat-processing facility in Hazleton, PA, ships more than 10 million pounds of packaged meat each month, yet it sends zero waste to the local landfill.  However, it wasn’t always that way, according to Aaron Humes, the plant’s general manager.

As recently as 2012, the Hazleton plant sent 1,500 tons of waste to landfills, including plastic, bio-solids, paper, and other materials. Around that time, the plant’s management team decided to see what they could do to reduce waste generated at the 225,000-square-foot plant, which employs 600 people. In mid-2013, employees began stepping up their recycling effort and within five months reduced the amount of waste materials going to landfills by 280 tons, while saving the company $30,000.

Seeing those results, the team decided to attempt to go all the way to zero landfill waste. The plant’s achievement was verified during March in a detailed review of documentation and an on-site audit by Ann Arbor, MI-based NSF International, an independent organization that reviews and provides third-party certification of a company’s sanitation practices. While NSF verifies that less than 1 percent of the plant's  waste goes to landfills, Cargill's team at Hazleton has completely eliminated all landfill waste.

The Hazleton team's goals were simply to help preserve the environment and engage all employees in the effort. Humes says said the plant made detailed plans to reduce the waste through recycling efforts and to recover the value of the waste. The plant primarily processes case-ready ground beef and pork.

A major part of the program, he says, was changing the culture of the employees to get them in the habit of separating and cleaning materials for recycling.

“Having successfully taken the first step, the Hazleton team decided to strive for something that had never been accomplished at Cargill, while pushing the envelope to better align with our global corporate focus on sustainable food production," explains Humes. “We weren't certain we could go all the way to landfill-free status, but we were confident that we could significantly improve our sustainability footprint.”

In May 2014, people and funds were allocated and partners found that could recycle plastic, bio-solids, and other materials. Approximately 1,000 tons of unrecyclable plastic is used to produce energy and about 1,500 tons of food waste is rendered into other products. More than a ton of oil is repurposed for use as lubricants.

Humes says a large part of Cargill’s success in reducing landfill shipments has been achieved through collaboration with Waste Management and Wheelabrator Technologies. Materials that can be recycled directly are taken to Waste Management. Other material, such as cafeteria waste and packaging with blood residue from the meats, is taken to a nearby Wheelabrator facility where it is burned to produce electricity. He says that plant is within an hour’s drive. It costs a little more to ship the waste there, but that it is worth the price since the plastics do sit in landfills. In fact, Humes says, the program is saving Cargill money, but not an “astronomical amount.”

By early 2015, the Hazleton facility had found non-landfill homes for all of its waste, making it the first Cargill facility to achieve verified landfill-free status. As an ongoing requirement for verification, the Hazleton facility will undergo annual reassessment audits. Cargill is one of the world’s largest food-processing companies, with more than 150,000 employees in 67 countries.

Overall, Humes says, the waste-reduction program has had a positive effect on the culture, safety, and operations at the plant. “It helps to have an organized strategy to do what’s best for the environment,” he adds. The Cargill employees at Hazleton will celebrate the plant's landfill-free status on Earth Day, April 22, and will begin a program to inform the community about how the facility attained its environmental goals.