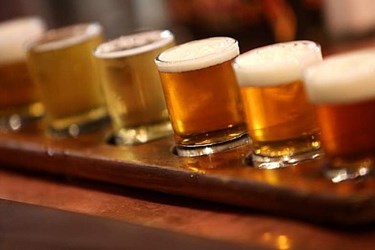 Recent changes made to the approval process for new products will reduce the time for new beers to arrive at market. Brewing companies will have more freedom to experiment and will be able to better adapt to new market trends

Federal officials have simplified certain aspects of the approval process brewers must pass in order to bring new beers to market. In the past, this process could take months, but with the changes, consumers can get their hands on new brews in bars and stores more quickly. A quicker time to market also allows brewers greater flexibility to experiment with ingredients and production techniques without concern over the extra bureaucratic red tape.

The rule change, announced last week by the U.S. Alcohol and Tobacco Tax and Trade Bureau, greenlights the use of more than 30 commonly used brewing ingredients, meaning they can be used in beer recipes without the need for formula approval. Included in these ingredients are honey, certain fruits, spices, and coffee. In addition to pre-approved ingredients, brewers no longer need prior approval to age beer in barrels that were previously used to store wine and distilled spirits, a trend becoming more and more popular in the craft beer market.

Paul Gatza, director of the Brewers Association — a Colorado-based trade group for a strong majority of the 2,800 brewing companies in the U.S. — says, “It’s great news in terms of streamlining for the brewer. It [gives brewers] greater freedom and chances are beer drinkers will have more options of beers available to them.” Gary Fish, founder of Deschutes Brewery in Bend, OR, explains that beer has changed since the days when American brews were not particularly diverse. He says, “[the changes] better reflect today’s reality, the use of uncommon, if atypical, ingredients in beer.”

Prior to the changes, the formula approvals from the agency averaged about 70 days. Formula approval is necessary for brewers to get their labels approved, which, in itself, can take more than 15 days. With constantly shifting consumer preferences, a sluggish approval process — and accordingly slow time to market — makes it difficult for brewers to quickly respond to a new demand and adequately satisfy customers.