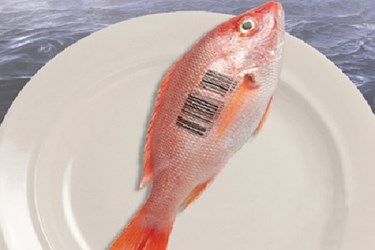 Even when compared to other “fresh” foods, the seafood industry has a significant problem with the lack of traceability through the food chain.  From illegal fishing to outright switching of one type of fish for another, poor recordkeeping and a lack of standard requirements opens the door for seafood fraud

The U.S. is second only to China in worldwide consumption of seafood, but there is little knowledge as to how it gets to the consumer.  Seafood travels one of the most complex supply chains of any type of food.  The inability to trace seafood through the supply chain has enabled vendors at all levels along the way to perform a “bait and switch” maneuver on many seafood products and more attention is needed regarding the lack of traceability in the seafood supply chain.

Seafood can be misrepresented in a number of ways, each of which amounts to fraud.  The most-common mislabeling is an outright switch of one species for another.  In a recent seafood fraud study, Oceana, an international ocean conservation organization, found that in 1200 fish samples taken from across the U.S., 33 percent were mislabeled.  Some U.S. cities had fish that was mislabeled more than 50 percent of the time.  The view across the globe isn’t that much better, as countries such as Italy see switching in 30 to 90 percent of some species of seafood products.

Red snapper was the most-commonly mislabeled fish in the U.S., with only seven of 120 samples actually being red snapper, which amounts to nearly 90 percent switching.  Tuna was second on the list, with 59 percent of label claims being inaccurate.  Another problem area was White Tuna, a favorite of sushi bars.  In 84 percent of the samples labeled as White Tuna, 84 percent were found to be “Escolar” which is an oily fish known to be a gastrointestinal irritant.

Swapping one species for another is not the only way fraud can be committed.  Oceana has found that 20 to 32 percent of seafood consumed in the U.S. is from illegal, unreported, or unregulated fishing (IIU) which is fishing using illegal equipment, in illegal areas, or of endangered species.

Improving QA In The Meat And Seafood Cold Chain

Because of the nature of seafood harvesting and fishing practices, along with the source of many seafood products, recordkeeping has been notoriously poor, lagging far behind that of other food products.  Even in the “fresh foods” area, seafood is hard to track. Tracking seafood from water to plate will demand specific requirements with the establishment of clear rules and documentation practices.  The need for standard practices is clear in the U.S. for both the consumer and for businesses involved in the seafood market but ideally this would be an international effort.

The U.S. Department of State has just completed an invitation-only event, “Our Ocean Conference”, hosted by Secretary of State John Kerry in Washington D.C. to discuss the issues of ocean protection and ocean sustainability practices.  Attendees included experts, practitioners, advocates, lawmakers, and international ocean and foreign policy members.  The program is set to be available online.