Are You Exempt From FSMA's Produce Rule? 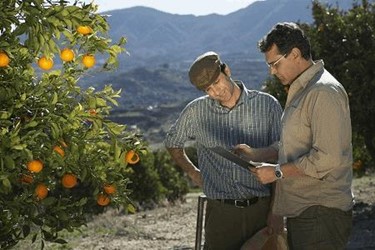 In this segment of Food Online’s and the Grocery Manufacturers Association’s (GMA) live web chat, Food For Thought: FSMA’s Produce Safety Rule, Jennifer McEntire, VP food safety & technology at United Fresh Produce Association, and Maile Gradison Hermida, partner with Hogan Lovells, discuss water requirements for the Produce Rule, the definition of several types of facilities and how they fall under the rule, and the resources for farms to become trained to Produce Rule standards.

Sam: Jen, obviously there's a lot going on with the requirements for Ag water. For instance Ken writes, “I'd like to understand more about any requirements for water quality programs, monitoring, and reporting that are required by FSMA as it relates to the produce safety rule.”

Jennifer: Briefly, yes there is this whole subpar E associated with Ag water, but as I just mentioned, the “pause button” 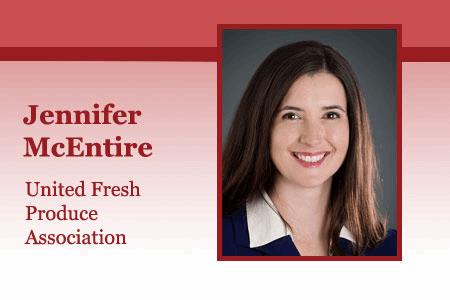 has been pressed on the subpart at this point in time while working on a number of these issues. So, you can reasonably expect that regardless of where exactly we land, there will continue to be requirements around water quality: both water used during growing, as well as during processing, any washing that may occur during packing, etc. So, expect that there will be requirements around water quality. What exactly those look like, we don't know.

Despite the fact that the rule is final, that portion I don't think we can consider final just yet. So, my recommendation to stay tuned, to keep abreast of the changes as they're going on. But, also to make sure that they are currently doing the right thing, that they are currently following good agricultural practices, and following the requirements. Audit their subject to ensure that produce is being produced in a safe fashion. So I would not want people to say, “Oh, things are changing around water so I'm just going to do nothing.” I don't think that'll be appropriate; people still need to produce safe product and should be managing their water quality the best way they know how.

Sam: The second part of this question would just be a reiteration of what you just mentioned. Are there any revisions to the Ag water testing design from existing requirements? Given that researchers are suggesting that the existing testing design is inadequate to get an accurate estimation of E. coli in Ag water. Do you have any thoughts on that?

Jennifer: So, whether E. coli is the appropriate indicator and if it is, what the appropriate number should be associated with a limit, a threshold, or an average. These are all things that have been discussed and debated. So, there may be a revision, we at United Fresh have certainly offered our comments on what we feel will be an appropriate path forward. But, people are just going to have to keep an eye out and participate to the extent that they can in things like that water summit once it's scheduled. Offer feedback as the FDA requests it so that the FDA can be informed once they make these decisions moving forward. 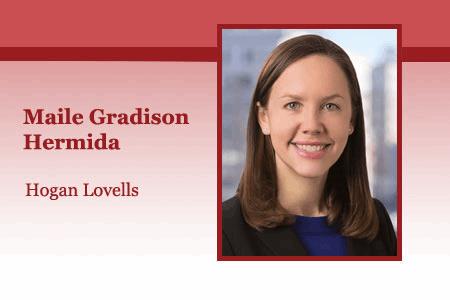 Maile: It's really important as a threshold question, under the produce rule to make sure that you understand whether you're a farm and how you fall into the role. There are certain types of operations that are a farm and wouldn't necessarily know that they're a farm. For example, in a nut industry, a nut huller and sheller actually could be a farm even though they're not growing produce.

So, the very first question everyone needs to consider is, “Am I even under the Produce Rule?” For farms, there are two kinds of farms. There's a primary production farm and a secondary-activities farm. A primary production farm is more of the traditional operation that you think of as a farm. It's a location devoted to growing crops, harvesting crops, raising animals, or a combination of these activities. It can also do things like packing and holding raw agricultural commodities, and a small amount of processed foods categories, for example, food for itself. And a second type of farm is more unique, and this is a secondary-activities farm. This is a farm that is devoted to harvesting. For example, hulling and shelling, packing or holding raw agricultural commodities, but there's certain requirements relating to where the food comes from and who owns it. So, the primary production farm, it grows, harvests, or raises the majority of the raw agricultural commodities that the secondary-activities farm harvests, packs, or holds. It must own or jointly own a majority interest in the secondary-activities farm.

Simply put, you have to look at who owns it and whether majority of the food that's being handled comes from the owners. In which case, you could be a secondary activities farm. Those are farms and that's the Produce Safety Rule.

Regarding exemptions, for a farm, you are exempt if you have under $25,000 in average annual produce sales. You also can be exempt if your produce is on the rarely-consumed raw list, which is a finite list of types of produce the FDA has recognized as rarely being consumed raw. The list includes things like asparagus, eggplants, hazel nuts, pecans, and pumpkins; it's a very set list.

The next way you can be exempt from the Produce Rule is under the commercial processing exemption which basically provides that if the food will receive commercial processing that will adequately reduce the presence of microorganisms of public health significance, and you appropriately disclose this, as well as annually getting a written assurance that your customer will engage in the processing, then you can be exempt. It's a little bit more nuanced than that summary, but that's the high level review of it.

Now, if you are a mixed-typed facility, a farm-mixed-type facility, and you're also a small or very-small business under the Preventive Controls Rule — you have less than 500 employees or $1 million in sales, I can't imagine you'll have under $1 million in sales and over 500 employees — then you can be exempt for your manufacturing activities if they are low-risk of activity. And so the agency has established a specific list of activities that small or very-small farms can engage in that, although they’re manufacturing, if they occur on the farm they're recognize to be low risk. So for example, making breads or brownies. If you're a farm, but you also make banana bread and sell it at your little stand on the side, they recognize that that's low risk if only the banana bread doesn't have nuts in it. And so there's a specific list of things that you can do in the low-risk category, but are itemized in the regulations for mixed-type facilities that also are exempt.

Jennifer: There are not specific requirements for soil testing. I would say that there is just kind of an over-arching, very-general requirement that you do need to take appropriate measures to minimize the risks of serious advert health consequences or death due to produce and you need to take whatever measures or reasonable to prevent the introduction of known or reasonably foreseeable hazards into covered produce. But, if for some reason you have reason to believe that your soil could be hazardous, then you may want to reconsider why you're growing in that soil. But, there is no specific requirement to test soil.

Sam: I guess this next question links to that a little bit. And I'll ask this one of you as well, Jen. It reads, obviously wild animals, such as birds or deer, are not only pests for harvest, but they also leave waste behind. What would you recommend to be done to minimize the risk to produce from animal waste?

Jennifer: There is a requirement around this. So, the FDA is very clear that they don't want to infringe on wild life and conservation efforts and there's no expectation or no requirement that farms prevent animals from coming into the farm; although, many farms do take measures to prevent animal intrusion. But rather, the FDA's requirement is that farms recognize if there has been an issue with animals. If an animal has been into the field, and especially if there is excreta. The requirement is then that there's a visual inspection done and if there evidence of animal intrusion, especially if there's evidence of excreta, then that produce is not harvested. So, that is the approach that the FDA took here.

Sam: Would you think that's going to have a financial impact on farms or is that a minor issue that is just here and there that happens?

Jennifer: This is something that's already done. It is typical that farms would be very aware and looking out for this. It's typically a part of audits, so, although now required by the FDA, it is something that's been in historic practice within the industry to begin with.

Sam: Thanks, Jen. I appreciate that follow up. Moving on to a different section of the rule, I'm going to ask Maile this one. It reads, “What are the requirements for training personnel? Are there resources available for those subject to the rule to comply with the requirements?”

Maile: Sure. Good question. The short answer is, “Yes, there are requirements for training personnel.” There are a couple of different categories. So, there are certain requirements for personnel who contact produce, they have to be appropriately trained in ways that relate to contacting produce and have the right education and training experience to understand what they need to do, relating to handling the produce or food contact services.

There are also just general training requirements for anyone who handles the produce, so they have to understand things like food hygiene and food safety, how to identify health conditions, they need to understand how to do their actual job.

Then, if you harvest produce, there are additional requirements, for example recognizing produce that you shouldn't harvest, inspecting harvest containers, and correcting problems. Most importantly, one person, at least one person supervisor or responsible party, for each farm has to have successfully completed food safety training that’s at least equivalent to that received under a standardized curriculum the FDA has recognized as adequate. And that curriculum was developed by the Produce Safety Alliance and is implemented and primarily run by Cornell.

You can go on their website and find specific training classes that are available. It's about a standard seven-hour training program, from my understanding. And much of them are very low cost run by agricultural groups and university cooperative extension services. I'm sure there are many other resources available. Jen, you might have other resources to share that you guys offer to your members.

Jennifer: No Maile, I think the Produce Safety Alliance, that is the standardized curriculum. It is currently available in Spanish as well, and that website is where you can find training that's being offered around the country and around the world.